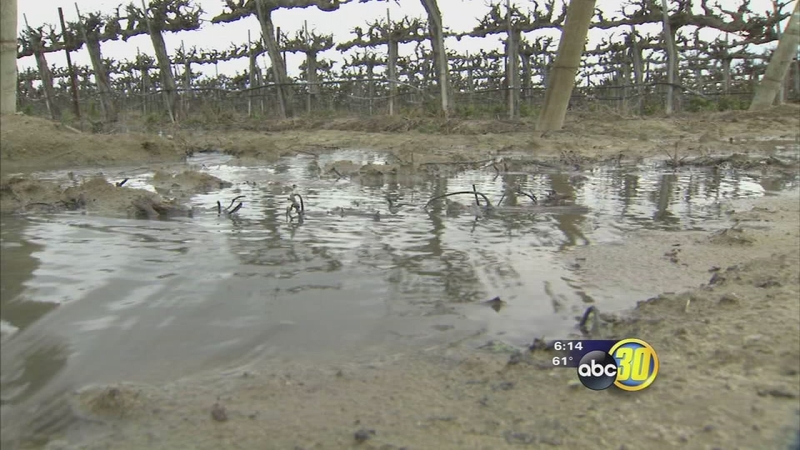 Soon 300 acres will be underwater, but Cameron is not worried about his vines. 2011 marked the first time he used floodwater to recharge his underground aquifer.

"Well I think people thought we were a little crazy to even come up with an idea like this, but as it turned out we became the innovators for this kind of program."

Cameron has access to floodwater releases from Pine Flat Dam. Most farmers do not need the winter irrigation but the idea of using the water to replenish an over-pumped aquifer brilliantly paid off.

"We put about 7,000 acre feet of water on the ground and about 70-percent of that made its way to the underground water supply."

Cameron said the vines survived despite being flooded for several months during the last flood release.

"The wines started to turn yellow, so we turned off the water pretty quick. Then, about a week later they turned a real dark green and we harvested the crop without any problem."

Cameron's pioneering efforts have caught the attention of the almond board as well as UC Davis, because it is a real drought solution on a farm not served by an irrigation district.

"This solution really works great and now after five to six years of drought it's great to see the water come back and we want to take every advantage to keep it here."