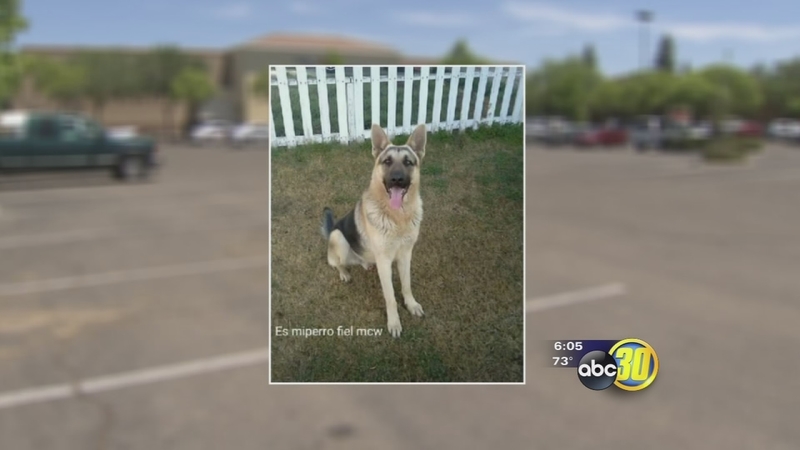 FRESNO, Calif. (KFSN) -- The Fresno County man who sparked outrage on social media when he left his nearly dead dog in his truck this summer admitted to his crime Friday.

McQueen's plight caught the attention of hundreds when he was found nearly lifeless in his owner's pickup truck outside a Petsmart store. A long-term tick infestation left the 3-year-old emaciated and with severe anemia.

Refugio Alvarez now admits he let it drag out too long, but his attorney says Alvarez was trying to take it to a vet just before people spotted the forlorn dog. "Because of road construction, he wasn't able to get into that location, so what he decided to do was travel to a (Petsmart) where the other individual civilians took pictures of the dog in the back of his vehicle," said defense attorney Eddie Ruiz.

The day after the pictures went viral on social media, Action News was there when a sheriff's deputy arrested Alvarez for animal cruelty. Alvarez said he took the dog to the vet that same day, but only after the online outrage, and admitted to postponing care. "In fact, when he was arrested he informed the deputy sheriff that he did not take the dog to the vet because he didn't want to incur the cost," said prosecutor Lynette Gonzales.

Once animal control officers took custody of McQueen, they discovered just how ill he was. "Turns out the dog was so anemic it couldn't stand for a prolonged period of time and had he not been treated, according to the veterinarian, he would've died within a day or two," Gonzales said. Animal control nursed him back to health, getting rid of the ticks and building up his weight. But when he recovered, they realized he was too vicious to adopt out.

McQueen was euthanized earlier this month.

His owner admitted to misdemeanor animal cruelty Friday. He won't go back to jail, but he will serve two years of probation and he's not allowed to own animals for five years.