Sal Gonzalez, 53, died after collapsing while coaching a youth football game on Saturday.

More than three hundred people packed the bleachers at Reedley High's football field Friday morning. Family members including his wife Diane were too emotional to talk on camera but a family friend tells Action News, Gonzalez loved nothing more in life than to coach youth football.

"It was a lot of connections to a lot of people with this man. He's given, basically given his life to for this community and he's done a great job," said Stan Kanawyer. "Him and his wife Diane are a great example to anybody that's married."

Gonzalez coached youth football for more than three decades -- many of his former and current players attended Friday's funeral service. The 53 year old spent his life teaching the game but the one man who taught Gonzalez football says he was one heck of a ball player.

The Fresno Catholic Diocese granted Gonzalez's family a funeral service on the same football field where he suffered his fatal heart attack Saturday. And with overcast skies and cold temperatures, friends and family say having the service on the field is fitting since it was his and their sanctuary.

Kanawyer said, "You look around and this is the kind of day that Sal liked. He like the cold days, the cloudy days and I wouldn't be surprised if it rained today because Sal he loved to play in the rain."

Gonzalez lived his life through football and wanted to touch the lives of people not only in the Reedley community, but the surrounding areas. And by the looks of it Friday, he did just that. 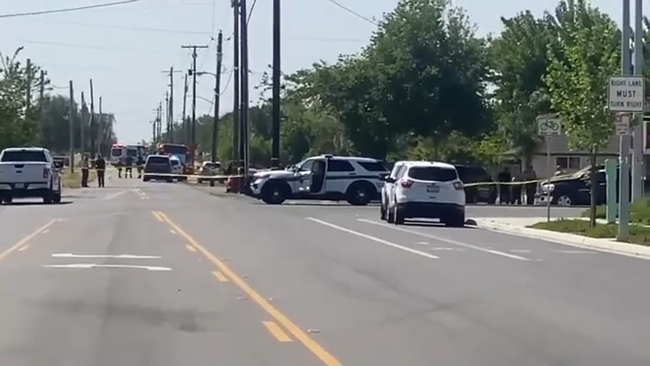