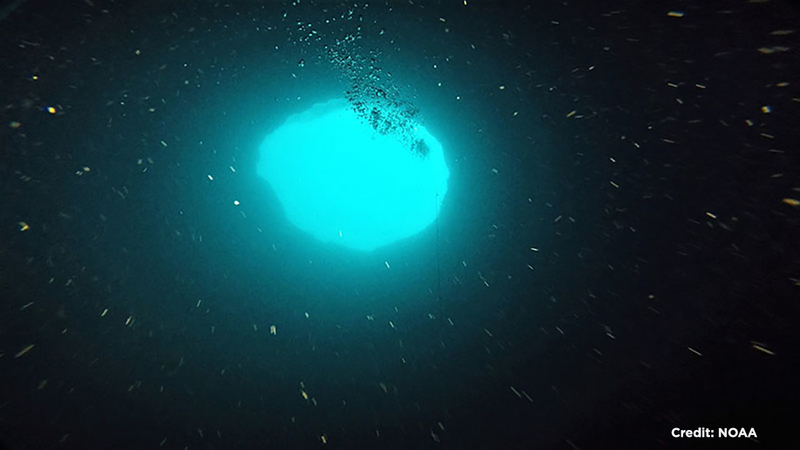 SARASOTA, Fla. -- A team of scientists is gearing up to explore a mysterious "blue hole" off the Gulf Coast of Florida.

Little is known about these mysterious blue holes. In fact, the first reports of blue holes came from fishermen and recreational divers, not researchers.

"Little is known about blue holes due to their lack of accessibility and unknown distribution and abundance," NOAA said in a statement. "The opening of a blue hole can be several hundred feet underwater, and for many holes, the opening is too small for an automated submersible."

This August, researchers will embark on a journey to a hole dubbed "Green Banana," which is 155 feet below the sea surface and extends approximately 425 feet underwater.

Researchers have many reasons to visit "Green Banana," including studying its seawater chemistry for its unique qualities and to see if it harbors any new species of microbes.

NOAA scientists already have collected 17 water samples from the area surrounding the hole along with four sediment samples.