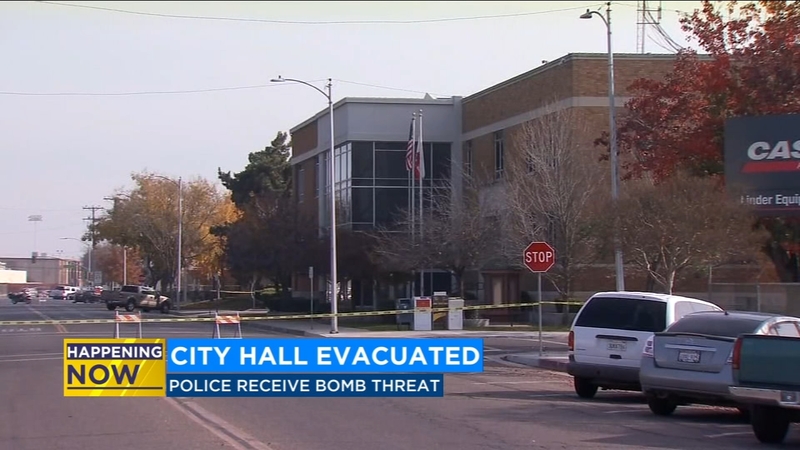 TULARE, Calif. (KFSN) -- At around 9 a.m. on Tueday, Porterville Police called Tulare Police telling them they received a letter with bomb threat specific to Tulare City Hall, with today's date written on the letter.

Tulare Police immediately evacuated the building and set up a perimeter in the surrounding area to keep everyone safe.

They then called in the help of the Tulare County Sheriff's Office, which provided a K9 to search the building.

Some human officers then did a secondary search of the building.

Authorities say they did find a suspicious item in some bushes outside, but a bomb technician determined it was not a threat.

UPDATE: TPD says the building has been cleared with nothing of concern. A city employee tells me between 40-50 employees were evacuated, and are now returning to work. @ABC30 https://t.co/VG6l2qelI9

And at this point, there's nothing linking that item to the letter.

I also spoke with a city employee who says some staff were sent home earlier, and they were given the option to come back to work when the all clear was given.

Just for some perspective, between forty and fifty people work here and were evacuated.