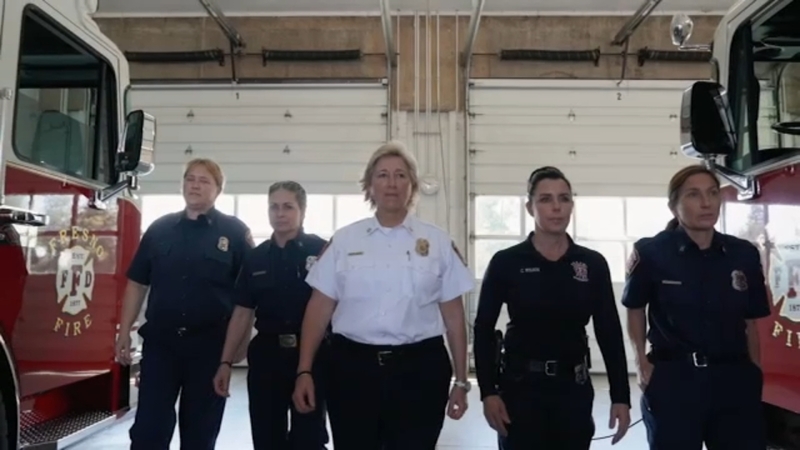 FRESNO, Calif. (KFSN) -- Fire departments across the country are struggling to recruit and retain female firefighters. Of the 1.6 million firefighters in the United States, only 7% are women, according to the National Fire Protection Association.

In a few years, all six are planning to retire. Before they do, they're igniting a change in the male-dominated profession.

Chief Kerri Donis has served with the department for nearly two decades and says the perception that women can't be firefighters is in the distant past.

"We have broken a lot of barriers and shown that we can do the job just like anyone else," Donis said.

In 2019, the department launched an aggressive campaign to recruit more women, including a one-day girls empowerment camp.

"It was really exciting to be able to go and educate these young women on what we do," said Christine Wilson, a firefighter who leads the empowerment camp.

"The girls came out at seven o'clock in the morning, and they were treated like rookie firefighters. They had helmets and gloves and squads," Wilson added. "And we had about seven stations, where they basically were able to get hands-on experience and opportunities to feel and see what it's like to be a firefighter."

The idea is for young women to go through the pipeline from the empowerment camp to the fire academy and then apply to join the department.

Due to COVID-19, the fire department doesn't plan on holding an empowerment camp this year, but they're in the early stages of resuming their fire explorer program. It's designed for both young men and women interested in learning about careers in the field.

"This is not an easy job, and we want the best. You know it's tough. So if you want it, we'll help you, you know, we will make sure that you have every available possibility to succeed," said Shane Brown of the Fresno Fire Department.

Every day, firefighters put their lives on the line, and the flames they battle are not the only danger. They experience mental stress, work around harmful chemicals, and face an increased chance of getting cancer.

Nevertheless, many say the rewards outweigh the risks.

That's what drew Diane Waters to the Fresno City College Fire Academy, where she is one of three women in her class.

"I wanted to pursue a career in firefighting because it's a great way to give back to the community in ways that other jobs that I had just couldn't fulfill for me," Waters said.

"I think it's really cool that women are encouraged to go ahead and pursue these careers. Challenge yourself, and you can do anything you want to do," she said.
Report a correction or typo
Related topics:
careersfresnoour americafire departmentsfirefighterscareersjobswomen
Copyright © 2021 KFSN-TV. All Rights Reserved.
OUR AMERICA Korean churches, in LA since 1906, continue to shape community's story

Our America: Paving our future by recognizing our past 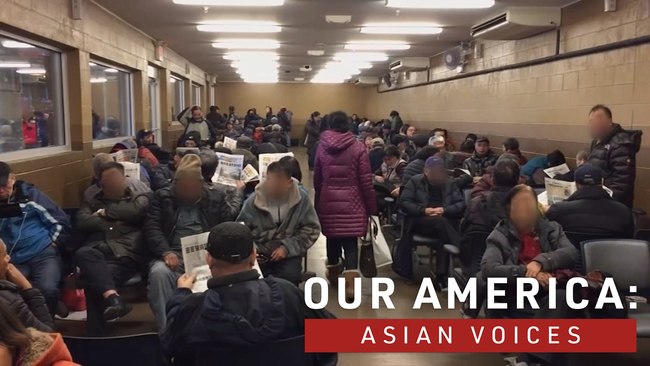