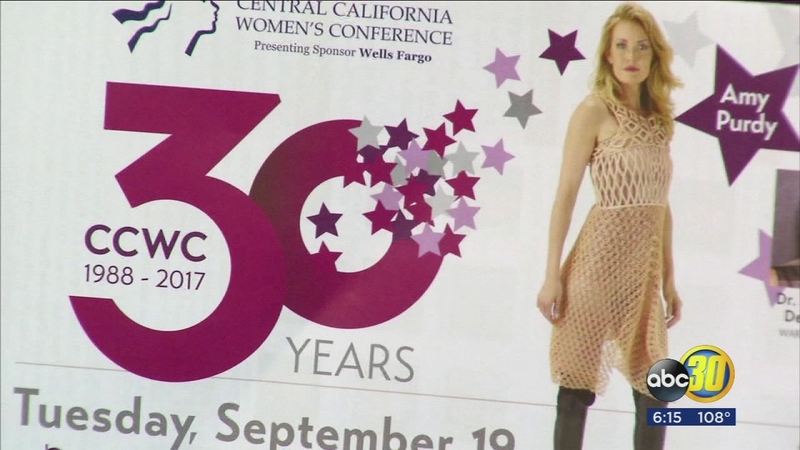 One of the founding members will be there for the occasion. She was instrumental in bringing a brand new conference to the area to renew and inspire women.

The women's conference began with the goal to help women grow whether they are middle aged or a young adult. And all these years later, thousands of women have taken time out for a single day to revive their spirit and learn from other inspiring women.

"It was 850 that very first year," organizer Jan Edwards said.

"And I had not remembered it being that successful," founder Jo-Ann Slinkard added.

There were 850 women who showed up the first year of the Central California Women's Conference in 1988. Now, more than 3,500 gather each year with an idea that was brought to her boss, Senator Ken Maddy decades ago.

"It was so advantageous," Slinkard said. "I felt to him and to the Central Valley, that I kept talking to him about it, and so for a couple of weeks we'd talk on and off about it and finally he said okay, go with it."

She went with it along with the tireless help of women who built this vision and organized a day of renewing and reviving, from the tired stay-at-home mom to the corporate executive.

"When you start out with something like that, you just have no idea," Slinkard said. "And just so grateful for the community that just pitches in. Makes it better every year, and to think something like this lasted for 30 years in this day and age speaks well."

Edwards and a board of directors made up entirely of women, organizes the top-notch event that's filled with enriching workshops and motivational speakers.

"The formula worked that they started 30 years ago, so we just tweaked it, improved it, condensed it a little bit but we still have subjects that every woman would want to hear about at any age," she said.

This year, the keynote speaker is Amy Purdy - an actress, model, and athlete who has overcome many obstacles.

"I don't think many folks can say they've been through what this woman has been through, losing both legs below the knees but then going on to live her life as she wanted to as a Paralympic snowboarding champion," Edwards said. "Nothing has stopped her, and I think we can have that same sense of nothing can stop us."

This year, organizers are hoping to surpass the $900,000 mark of philanthropy and raising money to help women and children in the Central Valley.