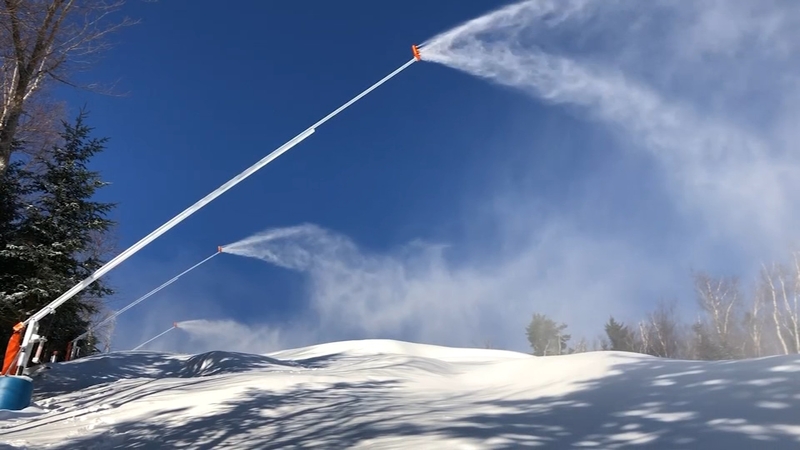 FRESNO, Calif. (KFSN) -- This week's storms could be great news at China Peak where snow and some other big changes should give the resort a drastically different look in the coming days.

"What were looking at here is Phase 1 of our new snow making system," said Paul Barile, China Peak's assistant director of mountain operations.

China Peak is putting the finishing touches on a man-made insurance policy.

The entire mountain is barren right now, but there is a storm coming and then after that China Peak will be able to use snow guns like that can cover the entire mountain - more than a million square feet - in less than 40 hours.

"We're going to be able to now open the resort in a matter of days where in the past it would take weeks," Barile said.

Sierra Summit built the old system in the 1980s and China Peak will keep using most of the machinery, but 100 new 30-foot snow guns have a much greater capacity.

And instead of pulling from their little creek, they built a one-mile pipeline to get water from the bottom of Huntington Lake.

"I'm excited to see it," Barile said. "I'm being told, with the right temperatures and the right humidity, we won't be able to see our hands in front of our face."

"As long as we have the right humidity and the temperatures, the goal is to open by Thanksgiving weekend every year," Barile said.