Investigators say the driver noticed the men walking in the road, but couldn't stop in time.
KFSN 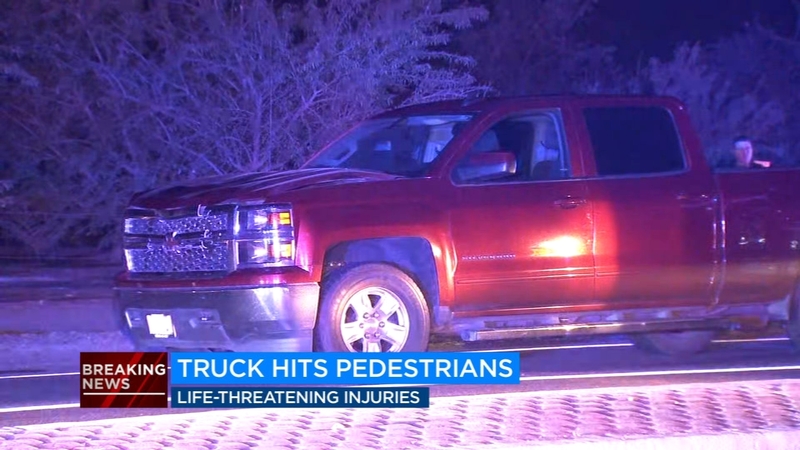 FRESNO, Calif. (KFSN) -- Two men were severely injured after being hit by a pickup truck in Clovis on Friday morning, police say.

The collision happened near Shepherd and Peach Avenues just before 4:15 am.

Investigators say the truck was going westbound on Shepherd when the driver noticed the men walking in the road. Police say the driver couldn't stop in time, and hit the two men.

The driver stayed on the scene and called 911. The victims are 18 and 19 years old, officials say.

When first responders arrived, both men were unconscious. They were taken to Valley Children's with life-threatening injuries.

Officers say the roadway where the crash occurred is dark and are calling it a tragic accident.