KFSN
FRESNO, Calif. (KFSN) -- From the distance you could hear the sorrow, echoing across the basketball court outside of Webster Elementary School.

The concrete pavement serving as the mourning grounds for family and friends of 11-year-old Luis "Tito" Lopez.

His close friend, who shared his first name and love of soccer, says the sudden loss is unbearable.

"Losing him was like losing a brother. I loved him very much but sometimes you have to learn how to let go," said Luis Vallejo.

Many others grappled with those same feelings as they shed tears of heartache and pain.

"He was just like a little brother to me there when I needed him he was there making my days," Luisa Vallejo.

"He was very young and it's just so sad for me."

Julio Moncada is Luis' uncle. He says it is not the first time his family has faced tragedy. Back in 2009, Luis' uncle Sgt. Raul Moncada was killed while in Iraq after an explosive device detonated near his vehicle.

In 2014, his grandfather was killed in an accident with an Amtrak train in Madera County. Moncada was present for the most recent one. A sound he will never forget.

"I thought a tree fell on the house and when I ran out just the smell of gas it was just so unreal," said Julio Moncada.

However, instead of focusing on how Luis died, loved ones are choosing to remember the life he lived. They say he was a straight-A student and a respectful and responsible young boy.

"He was always the first one up in the morning ready for school helped with breakfast you never had to tell him to take out the trash or anything," said aunt Alex Aguliar.

They are also comforting his 9-year-old brother Matthew who was in the room as well. He attended the candlelight vigil on crutches after being injured in the crash.

"There's smiles on his face and a little bit of sadness," Moncada.

Something people in the entire community are feeling too.
Report a correction or typo
Related topics:
maderavigilmadera
Copyright © 2020 KFSN-TV. All Rights Reserved.
VIGIL 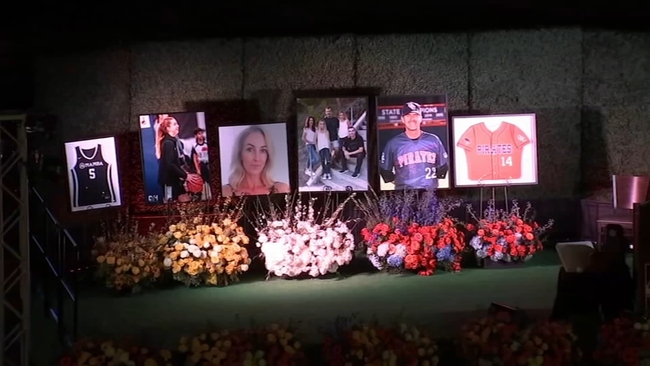