'It feels like you're drowning:' Madera COVID-19 patient shares about panic, fear, failures

KFSN
By Corin Hoggard
MADERA COUNTY, Calif. (KFSN) -- For one of the Valley's first COVID-19 patients, the coronavirus came on like an unexpected deep-sea dive.

He wants to remain anonymous, but the man and his parents were among the first people to test positive in the Central Valley.

They had no idea what they were facing, but the first response was reassuring.

Instead of the life raft they expected, he says those words were the opening credits for a horror movie.

"I feel like Madera County made a lot of promises and just abandoned us, especially and specifically during the hardest times, the times when we were the sickest," he said.

He says they get calls every day now, but for the first week they were sick, he doesn't remember hearing from anyone. He feels like Madera County was not prepared for COVID-19.

His family had to get themselves to the emergency room at Madera Community, and he says hospital staff treated them like outcasts.

Even though doctors diagnosed his father with pneumonia, he says they sent the whole family home in less than five hours.

A few days later, his symptoms accelerated. His hands turned blue, and he was gasping for air.

"Panic starts to set in, anxiety, everything starts crashing in on you and at the point where you start feeling you need help and you make that call for help, and it was a scary experience," he said.

He called for an ambulance but says it took 20 minutes for paramedics to get there, and when they did, they tossed sheets at his parents for him to wrap himself in.

They didn't want to touch him, but they eventually gave him oxygen only over a mask, and they told him doctors at Fresno's Community Regional Medical Center wouldn't be happy he demanded to go there instead of Madera.

But he says his second ER experience was much better than the first and he started to feel relief in a matter of hours. He got great treatment, but he says one doctor yelled at him after ER doctors admitted him into the hospital.

"She starts asking, 'Why are you here? You came in, and you're putting all these other lives in danger. There's nothing wrong with you,'" he said.

Life outside of the hospital has been challenging and lonely.

We've agreed not to identify him because he says people have made family members feel unsafe and accused them of knowingly spreading the virus. He says they haven't left the house.

He moved in with his parents and left his nine-month-pregnant wife behind when he noticed symptoms, but she still came up positive.

He says public health officials didn't want to test her because her only symptom was a sore throat. They jumped through hoops to get her tested.

The parents still aren't allowed to touch their newborn because of their diagnosis. The CDC says one way you can end home isolation and get designated as "recovered" is by waiting at least seven days since symptoms first appeared.

The other is to get two negative tests 24 hours apart. The father's symptoms have dissipated, but he doesn't want to take any chances, so he asked for new testing to see if he's clear of the virus.

He says the county won't do it. Family members say they've needed to ask powerful friends for help, and they got it earlier from Madera mayor Andy Medellin and Fresno City council member Esmeralda Soria.

We reached out to Madera Community and the public health department to see if they wanted to respond.

Hospital administrators told us they don't know specifics about this patient's case, but the expectation there is for every patient to be treated with dignity and respect, so they're sorry he doesn't feel he got that.

After we called the public health office, they told us late Wednesday they're going to test the father again Thursday.

For now, he's waiting, feeling better every day, and keeping his focus on the promise of new life at the end of this painful experience. 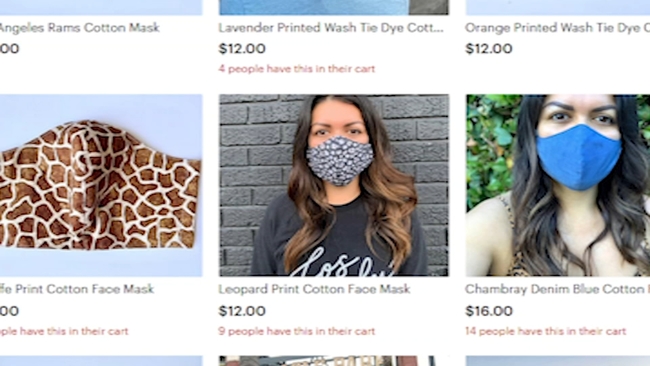