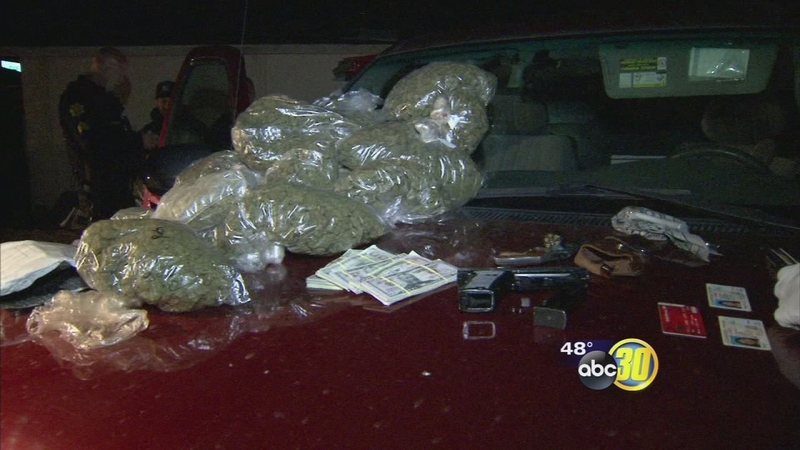 FRESNO, Calif. (KFSN) -- Minutes into a special Fresno Police Department operation Sgt. James Rossetti finds a man on the run. The suspect tried to run from officers when they detained him in a neighboring alley next to a truck full of illegal goods.

It's the kind of work the MAGEC Team carries out every night, but for the next few weeks they will have backup as Fresno PD pulls out all the stops to fight gang violence.

Since the beginning of this year there have been 14 murders and in many cases by gang members-- each more brazen than the last.

"It disturbs me as a Police Chief to know that individuals are willing to do this to go out into these neighborhoods and to spray rounds indiscriminately and it won't be long until we have an innocent child shot and killed in our city," said Dyer.

Police said it started when they ousted two major gangs last year, leaving a void that remaining gangs are now fighting for-- with families are getting caught in the cross hairs.

"Those individuals that are out there shooting each other, pounding their chest, trying to make a name for themselves, and we are going to send a message," said Dyer.

Officers are already making an impact Thursday by confiscating two guns, two stolen cars, and 15 bags of marijuana, all from this case alone.

"And hopefully when it's all said and done, four gang members also taken off the street," said Rossetti.

Police will continue shining a bright light in the faces of criminals, to let them know they can't get away.