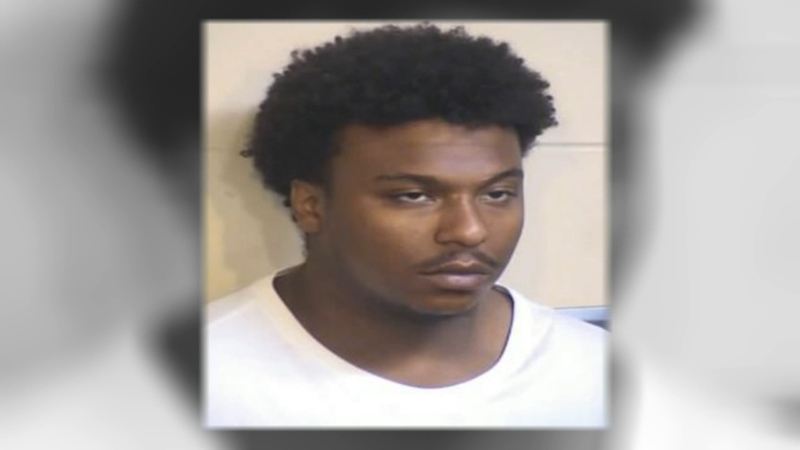 FRESNO, Calif. (KFSN) -- An alleged killer is behind bars while another is on the run.

"The least we can do is bring some sort of justice to those children," said Fresno Police Chief Jerry Dyer.

Detectives say 19-year-old Kiara Austin and 20-year-old Brian Maxey were with three other people in their car while visiting a friend at the Parks at Fig Garden apartment complex when they were approached by a group of at least eight gang members.

Dyer said that's when Kelley and another suspect pulled out a gun and opened fire immediately as the car tried to leave.

The vehicle then went through a brick wall, and into a canal where responders found Maxey and Austin dead inside.

"The video and Crime Stopper tips were extremely valuable to our detectives which led them to 40 parole searches," he added.

Kelley was arrested on Sunday night.

Dyer said while at the complex, detectives were told that this isn't the first time Kelley, and other gang members, intimidated visitors.

"Gang members were in their mind controlling the complex, and when people did come, they were approached by them," he said.

Dyer said the case isn't closed just yet, and that Kelley is likely involved in other homicides.

Police are hoping folks can give them information on Kelley's criminal past, as well as the whereabouts of the second suspect involved in the tragic shooting.