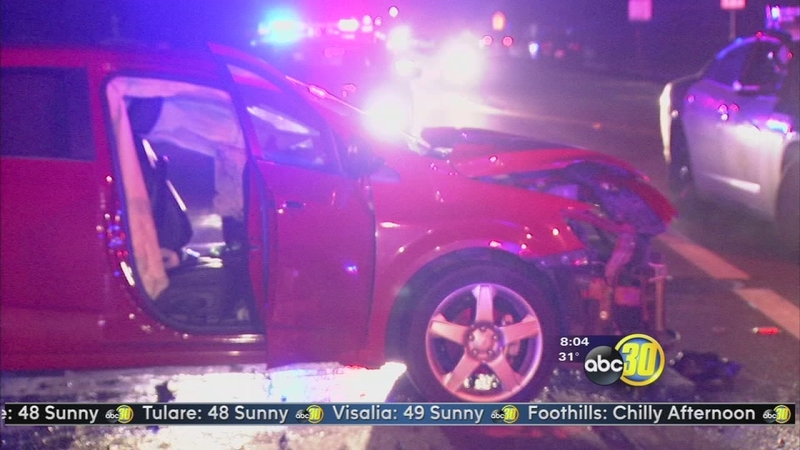 FRESNO, Calif. (KFSN) -- Two people are in custody after they caused two separate accidents while driving under the influence in Fresno County.

It happened around midnight Saturday morning near Ashlan and Palm. The first accident happened while police were trying to pull over a car suspected in a crime earlier in the day. The driver refused to stop and officers chased the man before he crashed into a car while failing to stop at a red light. The driver ran but was later arrested.

While investigating that accident a woman crashed into a police car. She was found to have been intoxicated at the time. "Again it's DUI, it's one of those things that cause people to do this which is something we're pushing, we're on the avoid 21 program right now trying to stop DUI drivers. Obviously, it's working to some degree but then again they'll show up in the middle of the scene and crash into a patrol car," said Matt Radke, CHP.