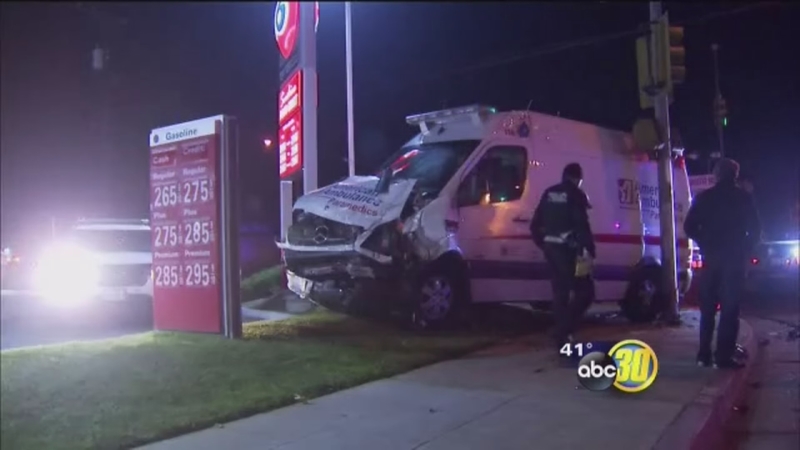 FRESNO, Calif. (KFSN) -- A person under the influence collided with an ambulance Saturday night.

It happened at the intersection of Fresno and Clinton streets just after 5 p.m.

Officers said the 26-year-old suspect made a left turn and hit the ambulance while it had the right of way.

Investigators smelled alcohol on the driver's breath and took him into custody. The driver was sent to the hospital with minor injuries before going to jail.

Police said the ambulance was not going to a call at the time of the crash. "There were 2 paramedics in American Ambulance van," Lt. Dave Ramos with the Fresno Police Department said. "Fortunately they were not injured, they were seat belted and their air bags did deploy as result of being struck by the white van."