Police say the man was driving under the influence of alcohol.
KFSN 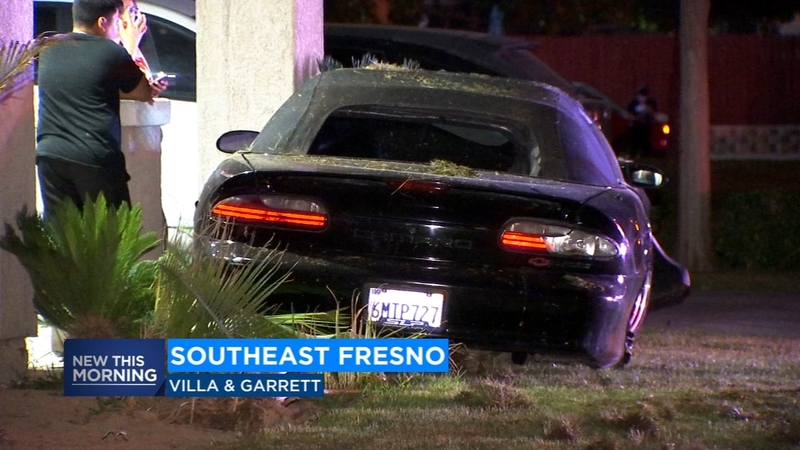 FRESNO, Calif. (KFSN) -- A man was arrested after police say he crashed a car into the front yard of a home in southeast Fresno.

It happened just before 10 pm on Villa and Garrett Avenues, near Jensen and Peach Avenues.

Police say the driver lost control of his Chevy Camaro and jumped the curb. The car struck a porch pillar in front of the house.

The landscaping and several small palm trees were also run over.

Police say the man was driving under the influence of alcohol.