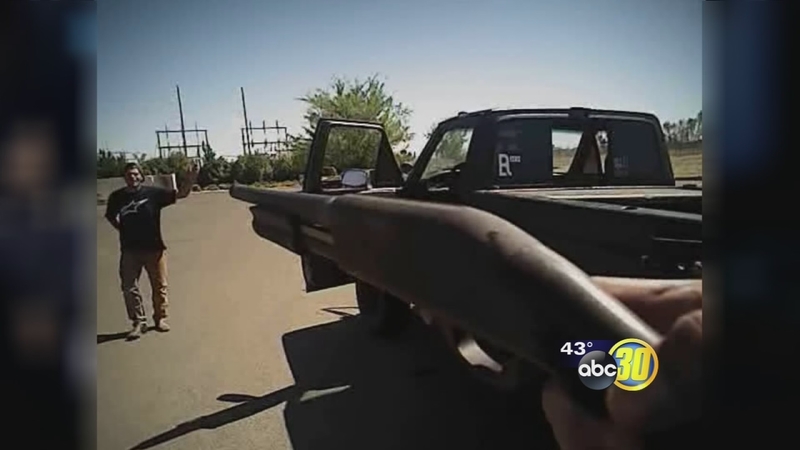 FRESNO, Calif. (KFSN) -- Exactly one week after Fresno's Police Chief Jerry Dyer released the results from an internal investigation into the death of Dylan Noble, Fresno County's District Attorney's Office announced it completed its review into the officer-involved shooting.

In a two-page press release, the DA's Office made it clear it will not file criminal charges against Raymond Camacho and Robert Chavez. The office said there was no sufficient evidence to prove both officers engaged in criminal conduct.

Chandler believes the statement in the release saying, in part, "it is not the role of the District Attorney's Office to determine civil negligence" implies that even they know there was wrongdoing.

"I don't know if that was a statement that was required to be in there, but reading between the lines by putting that in there and by making this press release comes out on a late Friday afternoon suggests to me that the District Attorney's Office, that something seriously wrong happened in the killing of Dylan Noble."

But District Attorney, Lisa Smittcamp, told us after putting in hundreds of hours into the investigation, "The bottom line is Dylan Noble was killed that day, but it wasn't murdered. The facts and the law were analyzed and there's no way we could prove a murder beyond a reasonable doubt in a court of law."

"However you want to slice it or dice it or cut, they pulled him over for a traffic stop and he ended up dead unarmed," said Warren Paboojian, attorney for Noble's father.

Paboojian said the District Attorney's Office and the Fresno Police Department work hand in hand in cases. He thinks because of that relationship it is very difficult for them to be critical of each other.

"I think they collaborate together, not in a bad way, but in a way they've got this camaraderie and it's very hard to prosecute one of your own."