Erika Sandoval continues to testify in her own murder trial 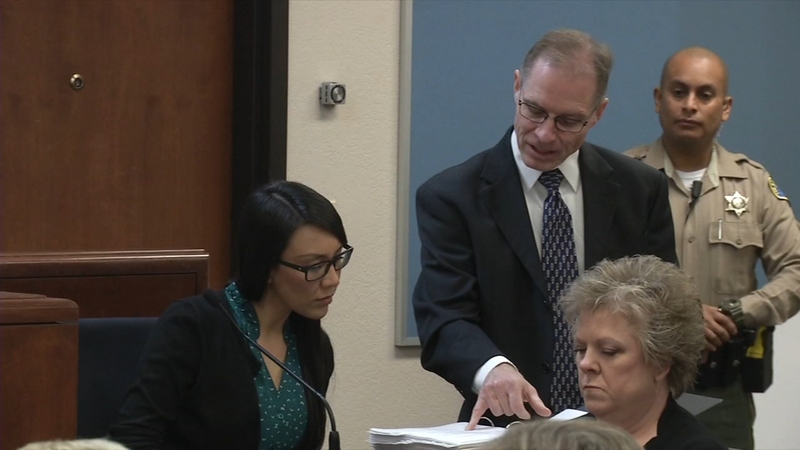 Erika Sandoval continues to testify in her own murder trial

During cross-examination, Alavezos also asked Sandoval why she unloaded Green's service weapon after killing him, taking the ammunition from it as well as two other guns and dumping it all under some sagebrush in Traver.

Sandoval said all she remembers is taking two guns from the house.

"I remember telling the detective that I did unload the guns," Sandoval said. "I don't know where I told them I unloaded them but I do remember saying I unloaded guns."

"Well you unloaded one into Daniel," Alavezos said.

Later, Sandoval became emotional as Alavezos asked her about each of the four shots she fired at Green as he was on the toilet, including the one that killed him.

"One of your shots...went through his forehead," Alavezos said. "Didn't it?"

Prosecutors have argued she was upset that he was seeing a new woman and that Sandoval called Green 120 times in the few days leading up to his death.

"Detective Klaussen at the bottom of the page says, 'Well I was asking you when, when did you make the decision, how long ago was it that you made that decision?'" Alavezos said. "And what did you say?"

"That same day," Sandoval said. "Like I was already thinking about it. I was all like you know...cause he...I was just...I knew he was talking to somebody else. And I was like man, if he's talking to somebody else, he's gonna definitely not pay attention to (our son) and like be less careless with him and I just started worrying a lot and I wasn't eating for a few days."