'His last words were I love you:' Family and friends of 20-year-old stabbing victim speak out 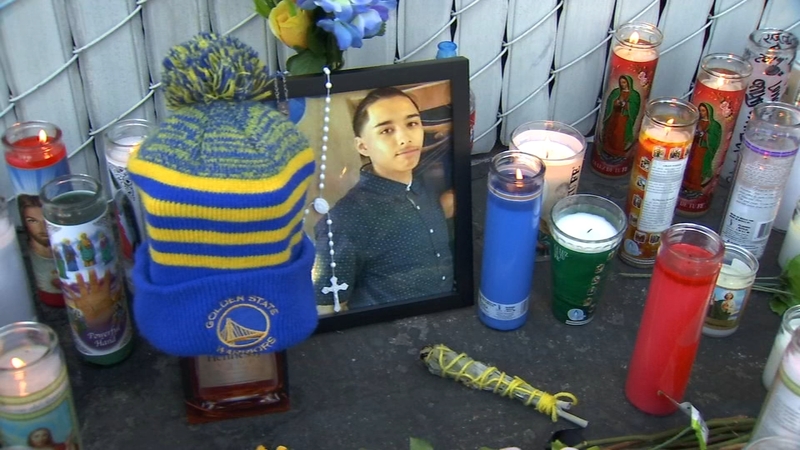 Family and friends of 20-year-old stabbing victim speak out

FRESNO, Calif. (KFSN) -- Overcome with grief and emotion, Ariel Corona pointed to the last photo her and her boyfriend, 20-year-old Isaiah Casillas, took together.

"His last words were I love you. I just wish I got a chance to say it back to him," she said.

Friends and family of 20-year-old Isaiah Casillas gathered behind the Fastrip on Chestnut and Clinton, where he was murdered.

Saturday morning Casillas went to the gas station, a place he often visits since it is only a block away from his home.

According to police, that is when he and 41-year-old Gabriel Vela got into a fight. They say Vela pulled out a knife and stabbed the young man multiple times.

Benny Briton says he saw Casillas on the ground. He tried to help.

"I went to him and saw he was bleeding and that is when I started applying pressure and I was trying to talk to him," said Briton.

Briton and police did what they could as Casillas took his final breaths.

"The only two words he could make out were family and love," he said.

As candles, pictures and messages sit where Casillas was killed, his family is left standing by wondering why someone would want to take his life.