19-year-old Hannah Pimentel's family says she lit up a room with her smile and wanted good things for everyone.
KFSN
By Corin Hoggard 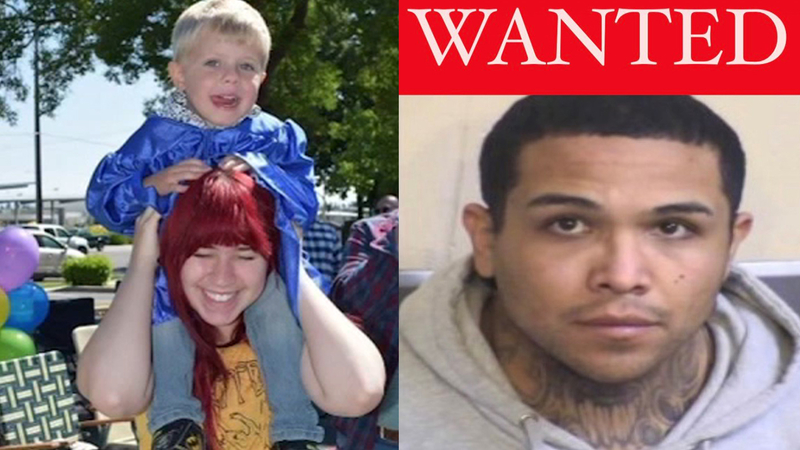 FRESNO, Calif. (KFSN) -- Coroners identified the woman killed by a suspect trying to escape the police as 19-year-old Hannah Pimentel.

Late Thursday, police identified the suspect as Marc Cain Rodriguez. They're asking for the public's help to track down the 31-year-old.

Please see the attached update to yesterday’s fatal collision at N Street and Stanislaus in downtown Fresno.  The victim has been identified as Hannah Pimintel, 19 of Clovis.  The suspect is still outstanding, and we are asking for the public’s assistance in locating him. pic.twitter.com/Bz2yTnUf9h

The Fresno City College student was aiming for a business degree and her family says she was a bright light in this world.

Pimentel got goofy to help her sister through a hard day before COVID hit.

A year later, Amy Daneen talked to her sister for the last time Wednesday morning and planned to do her hair at night.

Amy says her sister had bloomed in the last couple years, learning to be happy as well as fearless and funny.

Hannah lit up a room with her smile and wanted good things for everyone.

She was willing to stand up for others.

"She would be right there to protest with you for Black Lives Matter, you know, right there at a Pride Festival, right there next to you picking up and helping people that aren't living in tents," Daneen said.

Hannah also loved her new BMW, and she traveled all over to find new American beauty.

She was driving the car Wednesday when a suspected gang member trying to avoid arrest crashed into her car.

The suspect ran away and police haven't caught him.

"If you're watching this, see how much hurt you've done to our family," Daneen said, directing her thoughts for a moment away from her sister and towards the driver who killed her. "I don't want to threaten because I'm so angry. But she would've never hurt a single soul."

In fact, Amy says Hannah would probably forgive the man who killed her.

Amy says she lost her biggest supporter and fan, and the grief is still growing, but she knows Hannah is somewhere else now, making it a better place.

"I can't imagine why God took her, but I guess he needed a bubbly, strong, goofy personality up there," she said.