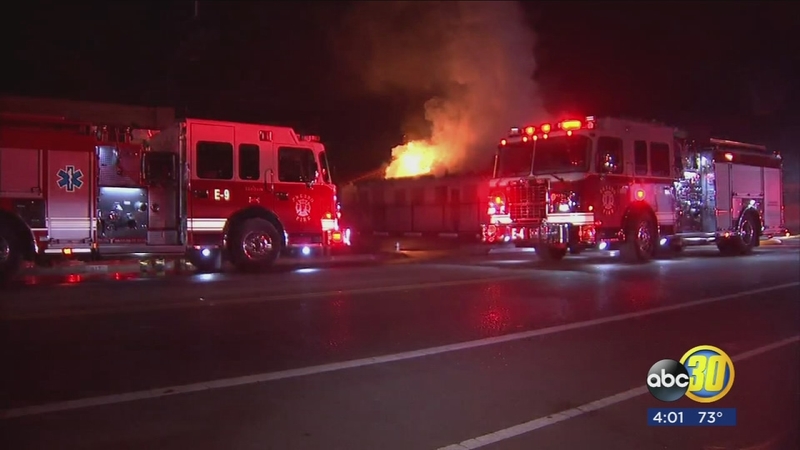 FRESNO, Calif. (KFSN) -- Flames tore through this apartment complex on Divisadero near Fulton. The vacant building was being renovated and was without power. A cause has not been determined but the contractor told says often break into units here.

"As far as specific to warming fires it's something that we've had to deal with. We work really closely with code enforcement in terms of trying to make sure that anything that is vacant and abandoned is secured really well," said Battalion Chief Brian Price.

"It's tough. It's winter. They want to get indoors now," said Carlos Gonzales.

Crews cleaning up at the site kept the doors boarded up.

"We put about 10 screws on there and in the morning we find it removed.

Gates were locked up but contractor Gonzales says that does not keep people out.

"Maybe they're trying to stay warm or smoking and fell asleep smoking. Whatever it was but it's just sad to think that someone can just come in and have their way with your building," said Gonzales.

Two units burned but it's hoped eight others will be ready to rent in March. After several break-ins security was hired to patrol the property. Despite the protective measures Gonzales says homeless people still manage to get in.

"But they're creative. They've got all night to figure it out," said Gonzales.

The building dates back to the 1930's. Gonzales found an Old Borden's Milk bottle still inside the delivery hatch.

"Take the old one out, put a fresh one in there."