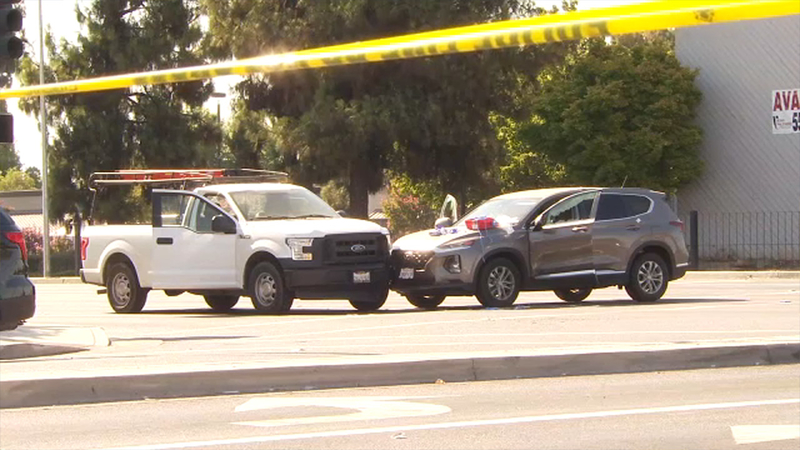 FRESNO, Calif. (KFSN) -- Detectives are investigating after a woman was shot while driving in northeast Fresno on Friday morning.

Fresno police say they received multiple 911 calls around 8 am reporting shots being fired near Herndon Avenue and First Street.

Investigators say a woman in her 30s was driving northbound on First Street when a suspect in a light-colored sedan opened fire.

The woman was shot in her upper body. She tried to drive away but crashed into another vehicle at the intersection, officials said.

Officers found the victim in her car. She was taken to Community Regional Medical Center in critical condition.

Detectives said the shooting was an isolated incident. They're still searching for the suspect, a man in his 40s, who they believe was a passenger in another vehicle.

A motive for the shooting has not yet been determined. Police say it's believed the suspect and the victim know each other.

"This is going to be an extensive investigation. The scene is a pretty large scene. (The road will be closed until) at least early afternoon, if not longer than that," said Fresno Police Sgt. Diana Trueba Vega.

Witnesses tell Action News that the shutdown has caused a snarl in traffic with cars backed up, causing delays. Officers were diverting traffic.
Drivers are advised to avoid the area.

Road Closure: Please avoid Herndon Ave between Millbrook and Fresno St., for a Police investigation underway. Media stage on First north of Herndon. Thank you for your patience. pic.twitter.com/kF8t6TPR2n