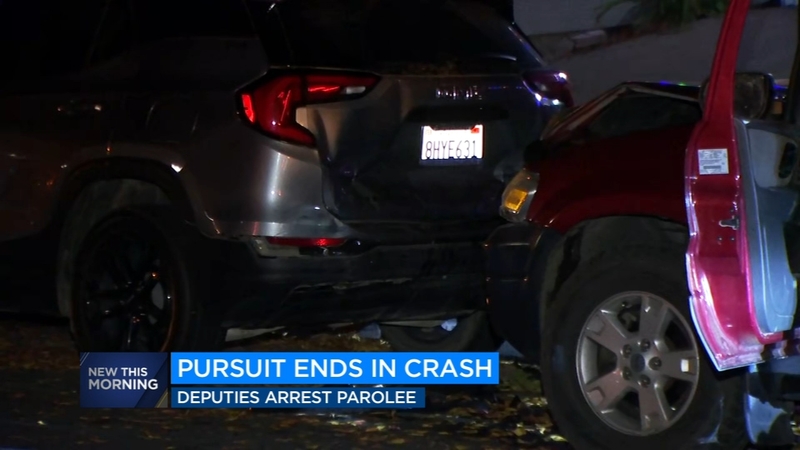 FRESNO, Calif. (KFSN) -- A man was arrested after a traffic stop turned into a car chase in northwest Fresno on Monday morning.

Fresno County sheriff's deputies tried to pull over 34-year-old Robert Garrett for a traffic violation near Fig Garden just after 2 am.

When the deputies approached Garrett's car, he sped off and led them on a ten-minute pursuit.

The car chase ended when Garrett slammed into a parked vehicle near Ila and Rialto.

Authorities arrested Garret and found he was on parole for a recent burglary charge.