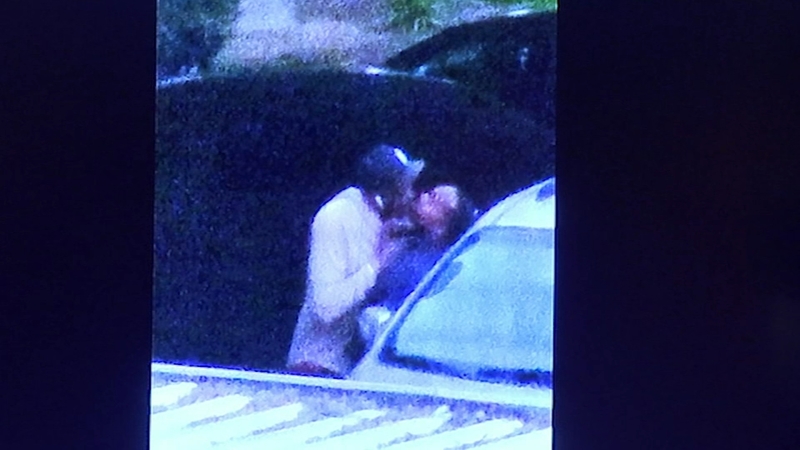 FRESNO, Calif. (KFSN) -- A former Fresno city council member said Thursday he believed his former chief of staff was going to shoot him during a confrontation last April, and Action News has acquired video from the incident.

Oliver Baines and Raymond Eddy were friends for about 20 years.

They worked together at the Fresno Police Department. Eddy served as chief of staff when Baines was on city council. They were business partners after working for the city.

The bystander video shows Raymond Eddy bodying up to Oliver Baines and holding a gun to the former city council member's neck.

There's no sound to the video, and Baines said even if you could hear what Eddy was saying, it wouldn't make much sense.

Police say the gun was loaded with a bullet in the chamber and the safety was off.

Baines said he was pretty certain Eddy was going to pull the trigger.

The video follows the two of them through the parking lot of Eddy's apartment complex.

Baines said he got into his car to leave, but Eddy wouldn't let him go.

"He then struck me with the butt of the gun through the window and then he pulled me out of the car and he hit me a few more times with the gun until I fell to the ground," Baines said.

Baines suffered some bad bruising near his left eye and along his neckline.

Eddy told police he had warned Baines not to come over and felt threatened when he did.

Baines said the reason he went to Eddy's apartment complex in the first place was a series of messages in a group chat indicating a possible mental health problem.

"The text messages were strange, bizarre, so I decided to go check on his well-being and health," he said.

The defense attorney pointed out that Baines didn't want to share those text messages with the police.

A judge decided Thursday there is enough evidence for Eddy to stand trial on charges of assault with a firearm, brandishing a firearm, and battery.