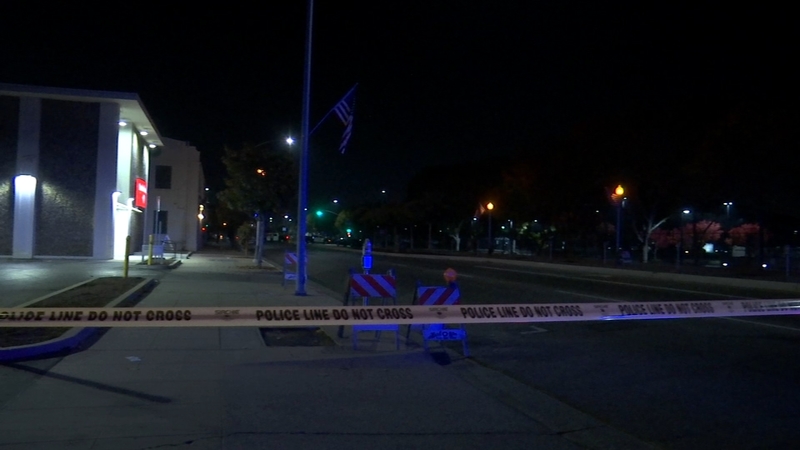 FRESNO, Calif. (KFSN) -- A Fresno County Sheriff's deputy chase ended in a wreck in front of the city hall after the suspect crashed into another car and a few parking meters Saturday morning.

Investigators say the chase started when they spotted a reckless driver at Blackstone and Shields, and as the chase reached downtown Fresno, the suspects hit another car at Fresno St at P St. at about 2 a.m.

They'll arrest the male driver for recklessly evading arrest with an injury and on a felony warrant for domestic violence. They'll also arrest the female passenger for narcotics-related warrants and resisting arrest.

They say doctors treated the victims in the other car or cars and released them from the hospital.

The Fresno police crash reconstruction team collected evidence from the crash and closed P St. from Tulare to Fresno, and Fresno is closed from P to O St.