Over just the past 10 days, Fresno police have made 16 felony arrests of known gang members.
KFSN
By Nic Garcia 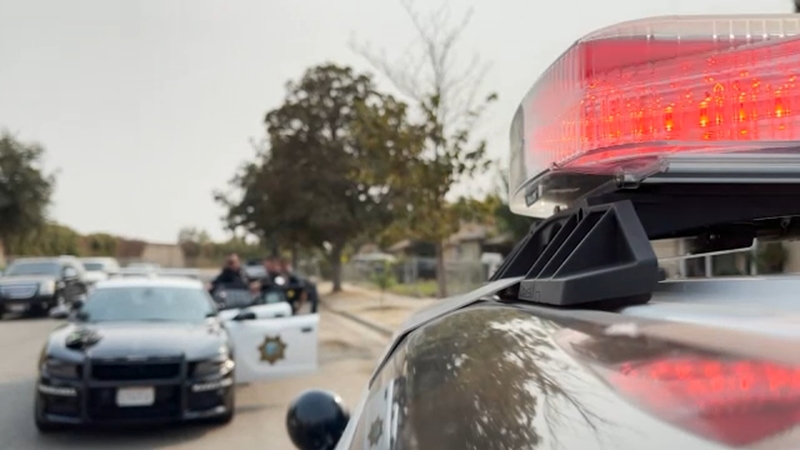 FRESNO, Calif. (KFSN) -- The first traffic stop of Saturday for the Fresno police department's gang unit ended with the arrest of a gang member.

The passenger of the car got out and ran from police.

Officers caught up with him in the backyard of a vacant home. Officers later found a loaded weapon in a bag he tried hiding in the yard.

"You have an armed gang member running with a loaded firearm in a neighborhood you have children, women going about their daily activities. It creates a dangerous situation for all the citizens of Fresno," said Fresno Police Lt. Andre Benson.

After officers made a quick record check, it turns out that weapon was stolen from someone in Oakland.

"He will be booked on charges related to that firearms possession," said Benson.

It's just the latest in an uptick in activity for Fresno police's Multi-Agency Gang Enforcement Consortium or MAGEC.

Over just the past ten days, they've made 16 felony arrests of known gang members.

"We recovered 12 firearms, three of them assault rifles. What we're seeing now is a lot of gang members are armed with firearms," said Benson.

Lt. Benson says they've been busy and their extra effort is working.

"Our efforts are being successful. We are seeing a slight decrease in the shootings in Fresno."

"The last thing we want is for some child to pick that handgun up and harm themselves," he says.