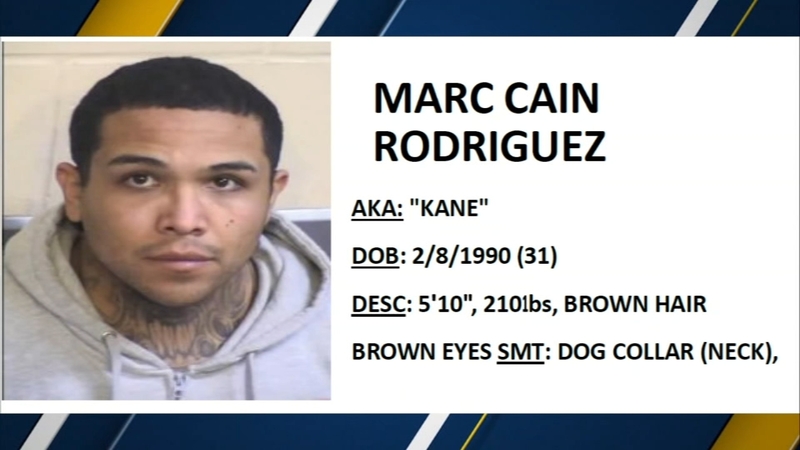 FRESNO, Calif. (KFSN) -- The man accused of killing a woman in downtown Fresno in a crash while trying to escape police was booked into the Fresno County Jail on Wednesday, three weeks after being captured by authorities in Arizona.

Marc Cain Rodriguez is now in the Fresno County Jail, where he faces murder charges, the sheriff's department said Thursday.

He was wanted for murder after the crash that resulted in the death of 19-year-old Fresno City College student Hannah Pimentel.

Investigators say Rodriguez was running from police when the crash happened at the intersection of N Street and Stanislaus Street.

In the wake of the deadly crash on May 12, Fresno police announced changes to their chase policies.