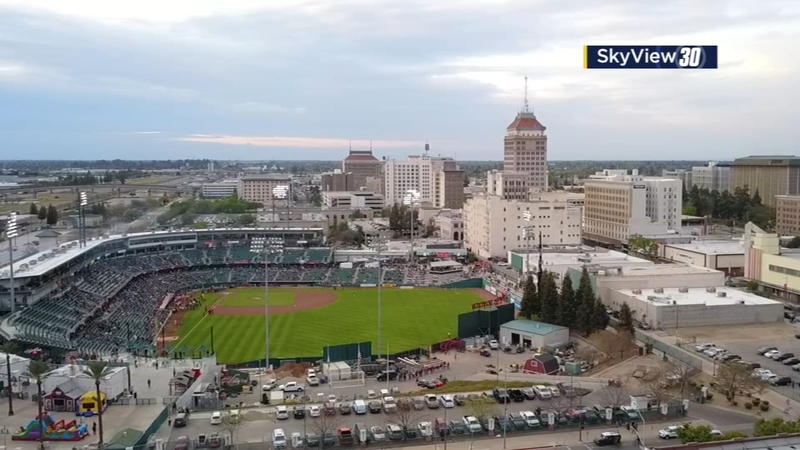 FRESNO, Calif. (KFSN) -- On Wednesday, city leaders announced that the Fresno Grizzlies will become the Single-A affiliate for the Colorado Rockies. The club confirmed the news on Thursday.

During the news conference, City Council President Miguel Arias was critical of the decisions of previous city leaders to build Chukchansi Park. He said that the city damaged its future financially and when it built the stadium in 2002, which he said was built too large and failed to deliver on promises.

Mayor Lee Brand highlighted the importance of the stadium in helping with the revitalization of Downtown Fresno, but admitted that mistakes were made financially.

Both said that moving forward, the move to Single-A was better than losing the affiliation with Major League Baseball.

"We had two choices - bad and worse," said Mayor Brand.

The Fresno City Council will now be asked to approve a new deal with the team that will drop it's annual rent payment from $500,000 down to just $100,000.

In exchange, the Grizzlies will now pay the City of Fresno a portion of their profit. It will be 12.5% for the first $500,000 in profits, 20% for the next half-million and 25% for any amount over a million. The city will also take a large cut of future stadium naming rights.

Arias added that the city still owes $30 million for the stadium.

For it's part, Major League Baseball has agreed to keep professional baseball for the next decade and will make an effort to bring Triple-A baseball back to Fresno, if a franchise opens up.