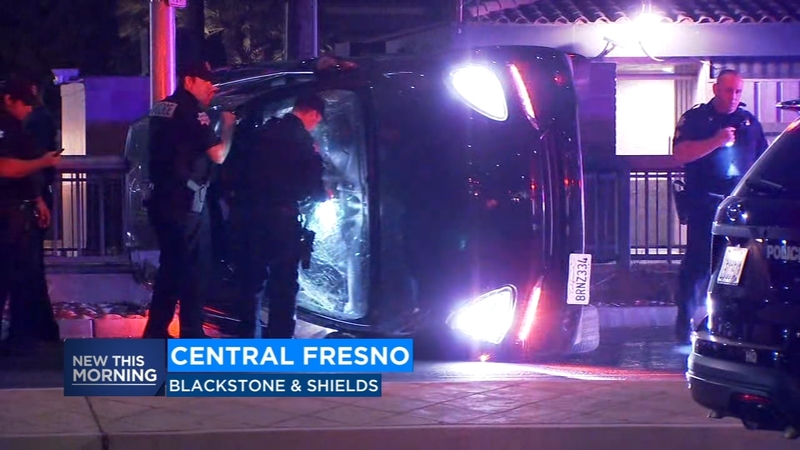 FRESNO, Calif. (KFSN) -- A rollover crash in central Fresno led police to a man who was wanted for a crime in Clovis on Thursday morning, authorities say.

Fresno police say patrol officers were stopped at a red light at Blackstone Avenue around 2 am when a Porsche SUV passed at high speed and tried to make a lefthand turn on Shields Avenue.

The officers said the driver was going so fast, the car was on two wheels, crashed into the center median and overturned.

"Officers went over to check on the condition of the driver who was shaken up, complaining of pain. The individual, who we are not releasing his name yet, was actually wanted by Clovis Police Department for felony domestic violence charges," said Fresno Police Lt. Bill Dooley.

The driver was taken to a Fresno hospital where he was being evaluated for possibly driving under the influence.

Daunte Wright called his mother right before he was shot. This is what he said