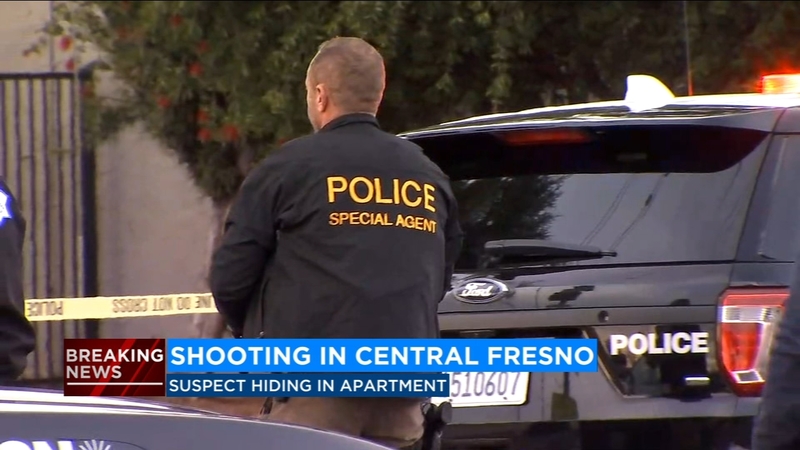 Police investigating a shooting at Parks Apartments in Central Fresno

#BREAKING: Fresno police confirm they have arrested the suspect wanted for the shooting. Standoff ends after almost 4 hours.

Fresno Police are on scene of a shooting at the Parks Apartments near Saginaw and Fruit.

Police believe the shooter has holed out inside a room on the northern end. They've blocked off traffic down the road.

Police have been here since 1:30 p.m. That's when they received a shotspotter call about a victim shot in the arm. The shooter than ran into a nearby apartment complex, where police have been trying to reach him through their PA system. The SRT team is here and SWAT are on the way as well.

#BREAKING: Shooting investigation near Saginaw and Fruit. Police believe at least one of the suspects is hiding in the apartment complex nearby. Helicopter is circling overhead. pic.twitter.com/4bjYSKWGGY

Officials have a helicopter flying overhead and are attempting to make contact with the suspect in the apartment. .

The victim has been transported to Community Regional Medical Center and is in stable condition.

The scene is still active.

Cars are not allowed down this portion of fruit between Ashland and Saginaw, but if you live in the area police are letting people into the south end on foot.