The current penalty for drivers involved in deadly hit and run crashes is four years.
KFSN 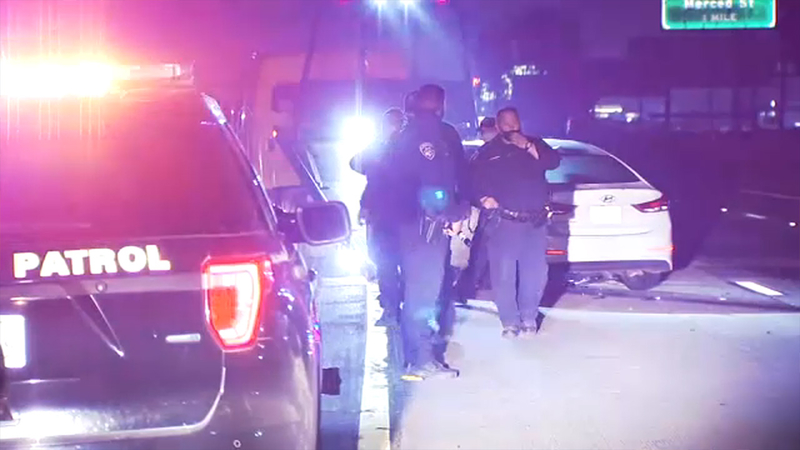 FRESNO, Calif. (KFSN) -- Assemblymember Jim Patterson (R-Fresno) is once again calling for tougher penalties on drivers who leave the scene of a deadly crash.

On Monday, the California Highway Patrol arrested 68-year-old James Comazzi, a doctor from Sonora, eight months after the death of a young nurse and mother from Reedley.

Investigators say 26-year-old Juliana Ramos pulled over on Highway 99 to help someone hurt in a crash near Manning Avenue, but another vehicle struck and killed her.

Witnesses reported the driver stopped and got out to look for a moment before driving away.

This week, an anonymous tip led investigators to Comazzi.

The current penalty for drivers involved in deadly hit and run crashes is four years, with a previous version of Gavin's Law looking to bump it up to at least six years.

Comazzi is charged with felony hit and run and vehicular manslaughter.

"I just hope that Juliana's family and the Gladding family and others can be the voice of the hurt that this kind of ignoring the loopholes in the law has brought to them," Patterson said.

Patterson is now re-authoring a bill known as the Gavin Gladding Law that would essentially increase the penalties for a hit-and-run.

His efforts to pass the same bill last session failed, but it will be re-introduced with bipartisan support in the next legislative session.