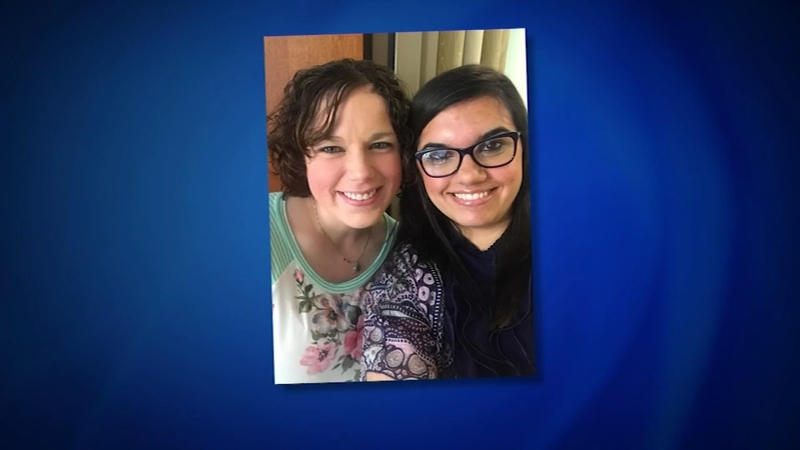 It's believed more than 50 million people worldwide suffer from epilepsy seizures. The brain disorder can cause hundreds of seizures a day - turning patients' lives upside-down. Meet two young women who say this disease created a friendship that will last a lifetime.

Kellee Chavis and Heather Brookins had no idea they had so much in common.

"When I was little, in elementary school, I had problems with reading and writing," shared Chavis.

"I was having some learning disabilities," shared Brookins.

Both suffered from memory loss and dizzy spells for years. It turns out they were having hundreds of seizures a day!

"If somebody tends to have unprovoked seizures, more than twice in their lifetime, that means the definition of epilepsy," explained Hae Won Shin, MD, Associate Professor Department of Neurology, UNC School of Medicine, Chapel Hill, NC.

The two young women met in the doctor's office.

Brookins said, "We just always kind of sat beside each other, our appointments were nearly always around the same time."

They talked about living with epilepsy and the blackouts of time they both experienced.

Both underwent brain surgery and tried dozens of anti-seizure medications. When nothing worked, they found the RNS system by Neuropace.

"It monitors the brain activity, looks for seizure activity, and if it detects that it delivers an electrical stimulus," said Eldad Hadar, MD, Professor of Neurosurgery, UNC School of Medicine, Chapel Hill, NC.

That stimulus blocks or reduces the severity of the seizure. Heather and Kellee both had the device implanted.

"It's literally given me my life back," smiled Brookins.

Now Heather has the energy to take care of her 6-year-old son, Jackson. And Kellee just graduated with a degree in healthcare management!