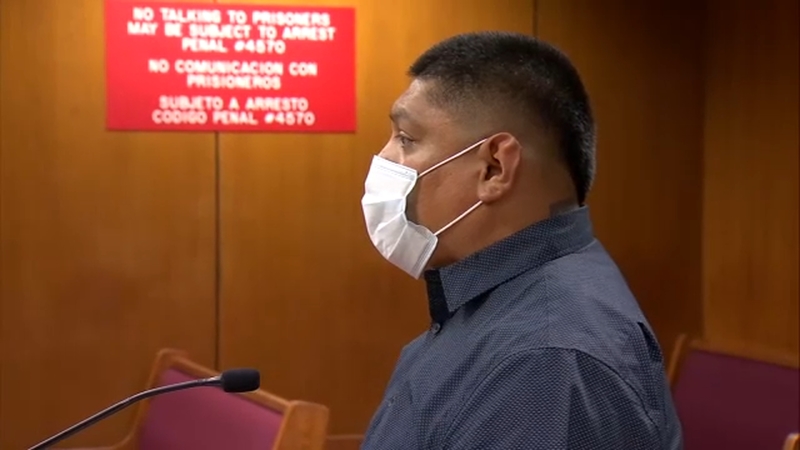 Man sentenced for deadly hit and run with man in wheelchair

FRESNO, Calif. (KFSN) -- A driver was sentenced Wednesday for a hit and run crash that killed a Fresno man in a wheelchair nearly two years ago.

Ronnie Rodriguez, 53, was a father of six children.

His family asked the judge to hold Raul Morales accountable for his actions, but he will spend just one year in jail and two years of probation.

"You need to serve some time, to vindicate my brother's death." said Yvette Herrera, Rodriguez's sister.

Carlos Rodriguez asked Judge Heather Mardel Jones to impose a tough sentence and said his brother had the ultimate sentence because he lost his life.

The victim’s brother, Carlos Rodriguez, spoke out in court, asking the judge to sentence Morales to time behind bars. @ABC30 pic.twitter.com/OyO9fZ7yFh

"I think Mr. Raul should get basically everything coming to him that the law will permit," said Carlos Rodriguez.

Police said on January 28, 2020, Ronnie Rodriguez was riding his wheelchair on the shoulder of Brawley Avenue near McKinley when a vehicle hit him from behind and took off.

Police released a picture of the suspect vehicle and days later, Rodriguez's family tracked it down to a neighborhood just a few blocks away from where the crash happened.

Raul Morales was arrested for the hit and run, police said Morales was already in the process of repairing the damage to the vehicle, including the grille and headlight.

"His whole intent was to try to get out of the situation he was in," said Carlos Rodriguez.

Yvette Herrera empathized that Morales must've been scared when it happened, but said he needed to take responsibility for what he did.

"It could've been just an accident, but you made it worse," said Yvette Herrera.

Morales' attorney, however, said following the crash, Morales stopped nearby to look at the damage.

The defense said Morales tried to figure out what he hit, but had no idea it was a person.

He added the area was dark and Rodriguez was traveling along the shoulder of the road because there were no sidewalks.

"He lost his life, we don't want to take that away, and my client lives every day with that knowledge, and he is extremely remorseful," said defense attorney Christopher Caines.

Morales gave the Rodriguez family an apology letter, but did not speak in court Wednesday.

Raul Morales pleaded no contest to felony hit & run and misdemeanor vehicular manslaughter for the death of Ronnie Rodriguez last year. Rodriguez was riding in a wheelchair along Brawley near McKinley when he was hit from behind. PREVIOUS STORY: https://t.co/buQKHzcyqK @ABC30 pic.twitter.com/l4Ul261Xso

He pleaded no contest to felony hit and run and misdemeanor vehicular manslaughter.

The judge sentenced Morales to 365 days in jail and two years probation.

The felony hit and run charge carries a maximum sentence of four years in prison, but the judge did not sentence Morales to state prison.

She said that's in part because Morales hasn't had a criminal history in nearly 20 years, he's working and has a stable residence.

She also said she considered contributing factors such as the fact that it was dark outside and Rodriguez was not on a sidewalk at the time of the crash.