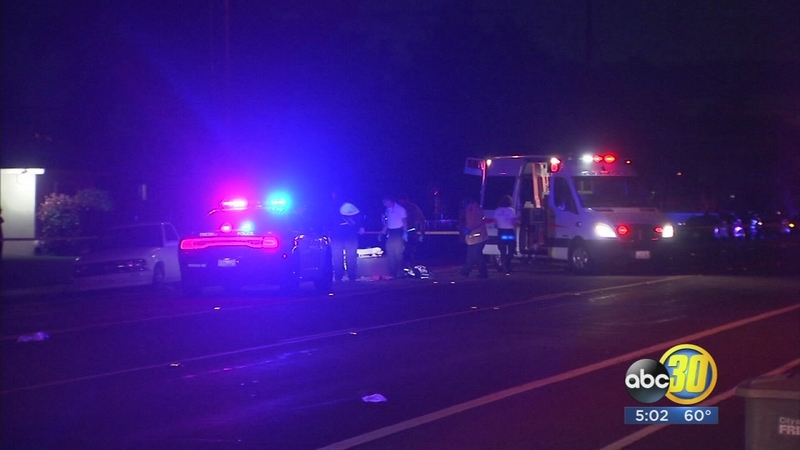 FRESNO, Calif. (KFSN) -- Police detectives are now treating Tuesday night's deadly collision as a homicide and have been going door to door along Gettysburg looking for witnesses. A man on a bicycle was run over and killed by a car.

Police were called out to an area on Gettysburg between First and Fresno after getting a report of gunshots being fired. They found a victim in the street; he died at the scene, but not from a gunshot.

"At this point it looks like he was hit by a car, but the circumstances surrounding it are part of the investigation right now. It's a little more complex than a typical traffic collision," said Capt. Michael Reid, Fresno Police.

Homicide detectives took part in canvassing the neighborhood, trying to find witnesses to what happened.

Detectives found the car that hit the man a few blocks away and are trying to figure out who was driving. They can't say whether the man was hit accidentally or deliberately, but they have been asking a lot of questions.

"We have identified some people who either witnesses to this thing or actually involved in it," said Reid.

The coroner's office is trying to find relatives of the victim, a man in his 30's, and have not released his name.