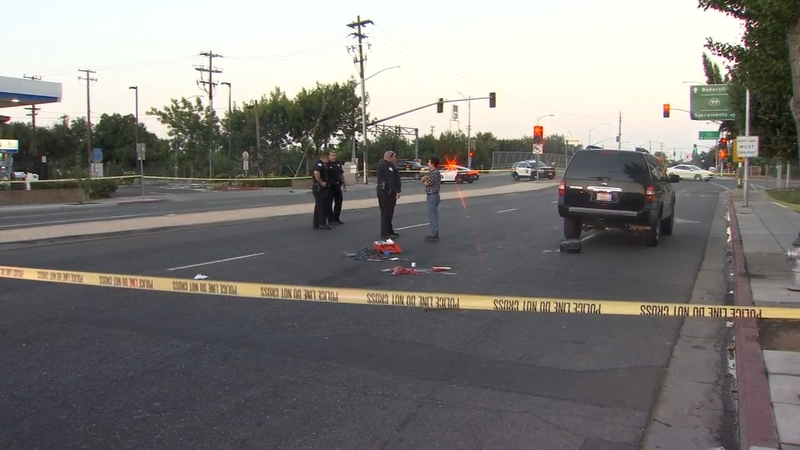 FRESNO, Calif. (KFSN) -- Traffic is back open in Downtown Fresno after a man was hit by a car Wednesday morning. Authorities closed off Fresno Street between the Highway 99 off-ramp and F Street for hours as investigators studied the crash scene.

They said just before six the man was struck by the SUV while crossing the street. An ambulance rushed him to the hospital where his condition is unknown at this time.

Police initially believed the man was crossing against the light when he was hit.