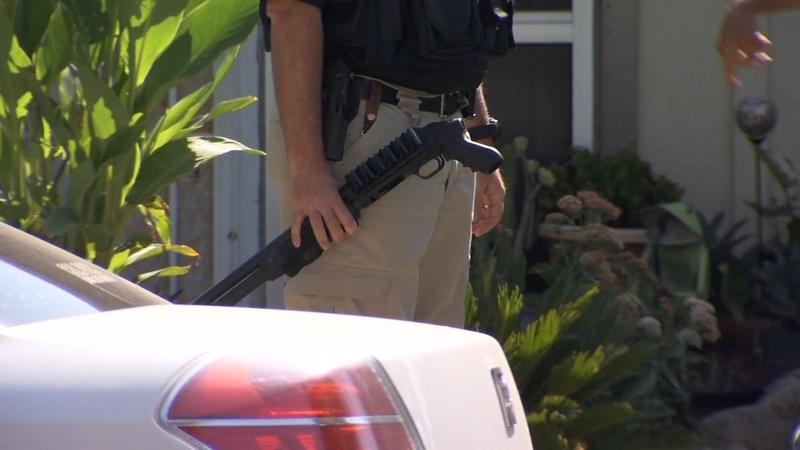 FRESNO, Calif. (KFSN) -- A Northeast Fresno neighborhood was on edge after an armed man refused to come out of his house.

Fresno Police said the man was armed with a shotgun and refused to leave the but he has now surrendered to police. Their department received a call of a suicidal man inside the house at Pontiac Way near Augusta at around 9:30 Wednesday morning.

When they arrived they found an upset man in the home with a weapon. That's when officers backed away, blocked off the area, and started to negotiate with the man. That lasted for nearly two hours.

Mark Hudson with the Fresno Police Department said, "He was a 33-year-old Hispanic male adult, distraught over something, I think that he recently lost a job is what I think that I heard. Was upset-- disturbance occurred within family members within the home, at that point he armed himself with a shotgun, the family called the police department. And then negotiators came out and were able to successfully negotiate him out of the home along with other family members and again nobody was injured in this."