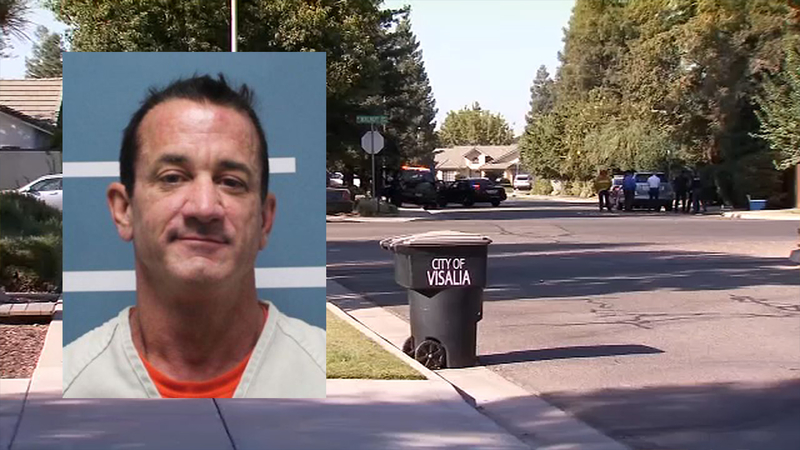 FRESNO, Calif. (KFSN) -- Visalia Police are searching for a man wanted in connection to a domestic violence incident and escaped a home during an hours-long standoff.

Officials say 49-year-old Guido Ventresca assaulted his girlfriend on Sunday at a home near Walnut and Cottonwood. Tuesday, he contacted the department saying he was willing to turn himself in and officers could meet him at the home.

On the scene of a standoff near Walnut & Cottonwood in Visalia. @Visaliapd says they’re trying to get a wanted domestic violence suspect to come outside peacefully. @ABC30 pic.twitter.com/ydYeOGoh4u

Ventresca refused to leave the home, prompting an hours-long standoff with police. Tuesday afternoon, authorities sent in a robot to conduct a search, but only Ventresca's phone was found inside the home.

The hours-long standoff in Visalia has ended. @Visaliapd says domestic violence suspect Guido Ventresca is NOT in the house. They found his phone inside but not him. @ABC30 pic.twitter.com/71yrhv0fj5

Neighboring homes were evacuated and roadways were blocked off in response to the active scene.

"This is very interesting because we normally do not see this type of situation in our neighborhood, so it's bringing everyone out even though it's hotter than Hades out," said neighbor Carolann Kong.

Anyone with information on Ventresca's whereabouts are asked to contact the Visalia Police Department.