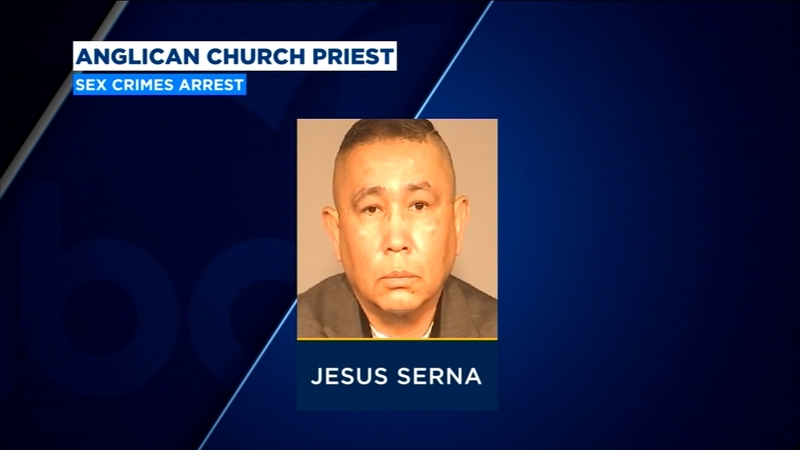 The district attorney filed charges on behalf of eight victims who they say were violated by the man who was their priest. The allegations range from 2014 to 2018.

Prosecutors say five more victims came forward since the DA and Fresno Police Chief had a news conference. The charges increased the bail to $444,000, and the bond wasn't posted by the 11 a.m. deadline.

His explanation that it was in the process of being posted was not good enough for Judge Jon Kapetan Friday. A deputy handcuffed the longtime Anglican priest and took him to jail, until the bail is processed.

Jesus Serna hired a private attorney last week. Ralph Torres says Serna is innocent and has a lot of support including from parishioners.

"He has a large congregation of people who adore him so we're prepared to present a defense and I think that if we have to, we'll be in trial," said Torres.

Serna served from 2007 until 2017 at Nuestra Señora de Guadalupe Church, which gave Spanish-speaking services at St. Mary's on Kings Canyon.

Prosecutors believe Serna - known as Father Antonio - used his position to sexually abuse adult men. Detectives say the encounters were passed off as a spiritual or healing experience, but included unsolicited and unwanted sex acts.

Torres hasn't seen the evidence against Serna yet. But he questions the accusers and their motives. A majority of them are undocumented and could be eligible for a UVisa - meaning they could remain in the country to cooperate with with a criminal investigation.

Although Serna remains at the church he founded, Holy Spirit, he says his life has been challenging. He had an impeccable past.

"He's a man who has never been in trouble and he's educated and he has doctorates and very quiet, soft spoken. Speaks multiple languages," Torres said.

The problems for the one-time priest aren't ending anytime soon. Two new victims have come forward and even more charges could be added.