Going to a Fresno Grizzlies game? What to expect as ballpark fully reopen to fans

If you're planning to catch a Fresno Grizzlies game, here's what you need to know before you go:
KFSN
By Stephen Hicks and ABC30.Com Staff 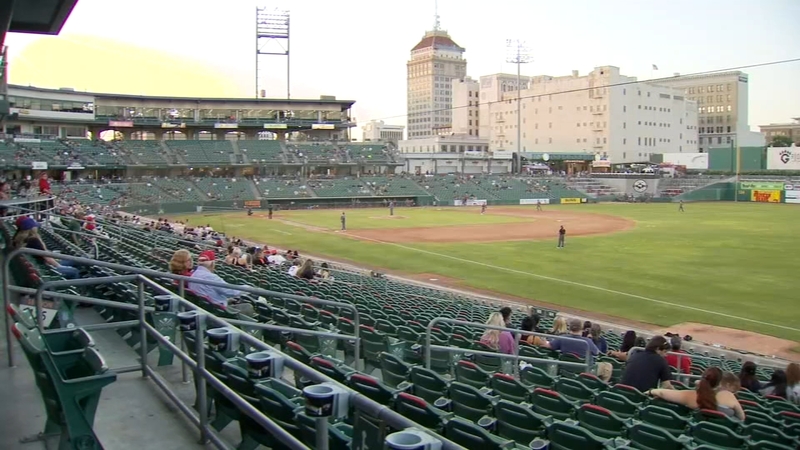 What to know as Grizzlies reopen fully to fans

FRESNO, Calif. (KFSN) -- More baseball fans will be able to head out to watch the Fresno Grizzlies play at Chukchansi Park in downtown Fresno on Tuesday night as California officially reopens its economy.

If you're planning to catch a game, here's what you need to know before you go:

How to get tickets

The Grizzlies have moved to a fully digital ticketing system. Single-game tickets have been on sale for fans since Thursday, May 27.

Do I need to wear a mask?

The Grizzlies will follow the Centers for Disease Control's guidance and allow for fully vaccinated fans to not wear face coverings while at a game, the teams said. But if you're unvaccinated, you'll still need to pack those masks. The team is encouraging all unvaccinated fans to wear face masks when they can't physically distance themselves.

Can I still sit in a socially distanced area?

The minor league team will offer sections for physical distancing past June 15. Fans can purchase tickets in their pod seating areas, which hold groups of two and four. There is currently one social distanced section per seating area at the ballpark. For more information call: 559-320-8497.

Team officials said the Fresno Social area within the ballpark would reopen on June 15. Younger fans will also be able to enjoy the Splash Park once again.

Fans won't be able to pay with cash at the ballpark anymore. The stadium is now a "cashless venue" during Grizzlies games. The team says anyone who tries to pay with cash will have to exchange their money for a preloaded VIsa card at the Ticket Office or concession stands.

ABC30's Sports Director Stephen Hicks is out at Chukchansi Park bringing you the latest updates from the ballpark. Follow him here.