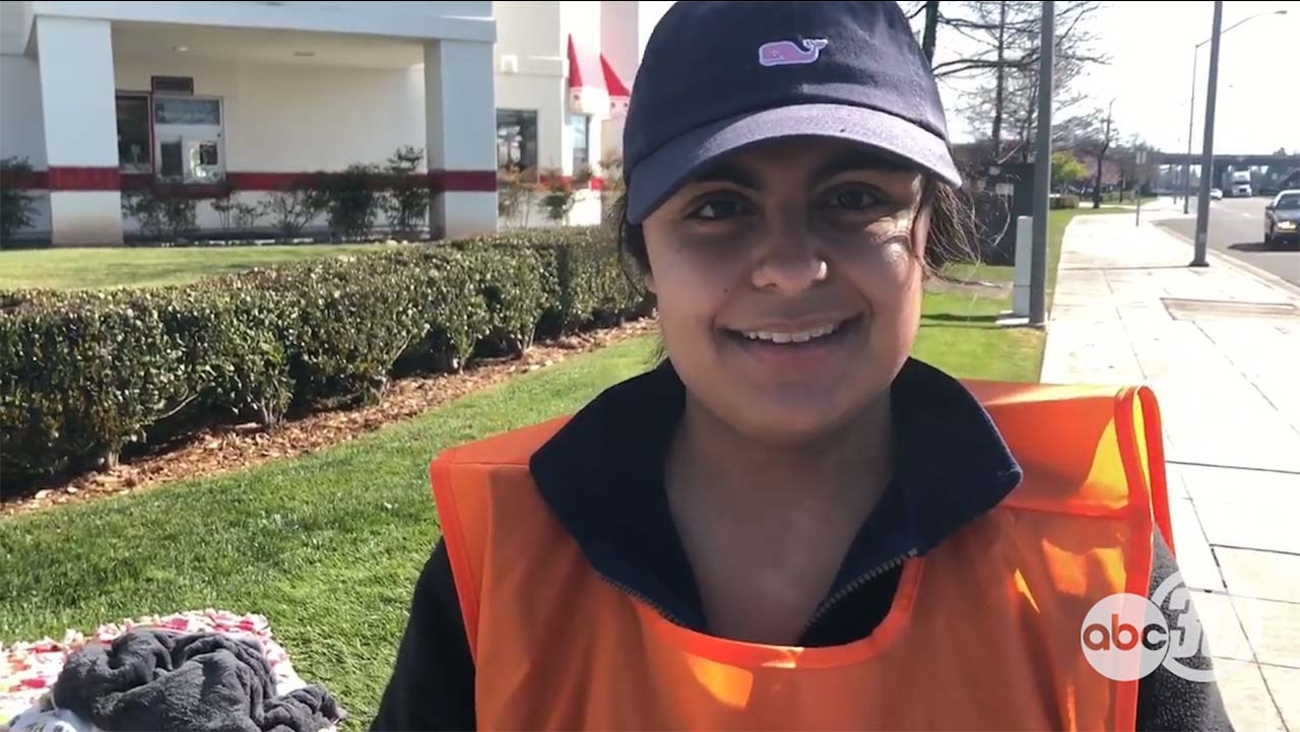 Among the over 8,000 volunteers were Fresno State student Alexandra Garabedian and her Kappa Alpha Theta sorority sisters.

FRESNO, Calif. (KFSN) -- Thousands of volunteers spent their Tuesday selling a special edition of the Fresno Bee for Kids Day.

Proceeds go directly to Valley Children's Hospital. Since Kids Day started over $8 million has been raised. This year the goal is to raise $650,000.

Among the over 8,000 volunteers were Fresno State student Alexandra Garabedian and her Kappa Alpha Theta sorority sisters. On Tuesday morning on the corner of Blackstone Ave. and Nees, Garabedian and her sisters were shouting "Kids Day paper, it's only a $1". They were trying to sell as many newspapers as possible to bring in those donations.

Garabedian explained she's been participating in Kids Day since she was in elementary.

On Monday night Kappa Alpha Theta sisters camped out to get ready and sell newspapers.

"We do community service every year and this is one of the many opportunities we have," Garabedian said. "Supporting Valley Children's is so much fun for us. It's what we do. It's what we care about. It's Kids Day, how can you not love it?".

Garabedian added Valley Children's has a special place in her heart and she loves that she can be out here with her sorority sisters.

"When I was three I diagnosed as Verbal Apraxia (speech disorder)," she said. "With the help of Valley Children's I worked through it. I talk perfectly fine. So I can never say enough about what they've done and what they do for our community and all the kids in the Central California area."

Garabedian said for years she spent a lot of time at Valley Children's.

"For five years I went twice a week, every week," she explained. "They helped me talk and get motor skills, literally everything. I wouldn't be here today screaming for four hours if it wasn't for Valley Children's".

Garabedian and her sisters were able to sell dozens of newspapers, with people giving more than the $1 donation. She added her time at Valley Children's inspired her career path, saying she wants to help kids with speech disorders.

"I'm a Communicative Disorders Speech Pathology major. So eventually going to help kids just like me with speech disorders." she said.

Garabedian also has hopes to work at Valley Children's one day.

"If Valley Children's will have me I would be honored to go back to work for the place that changed my life for the better," Garabedian said with a smile on her face.