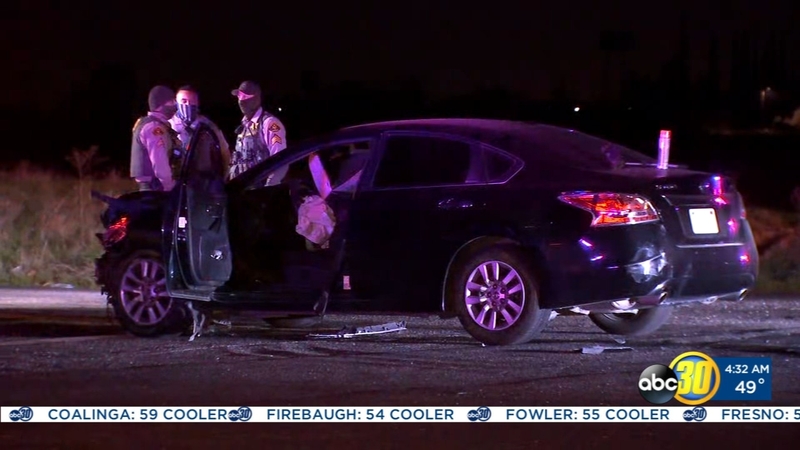 FRESNO, Calif. (KFSN) -- A man was arrested after authorities say he caused three crashes, including colliding into a sheriff's deputy's vehicle, in Madera County on Thursday night.

California Highway Patrol officers responded to a hit-and-run crash at Road 26 and Avenue 17 1/2 just after 11:00 pm.

Officials say witnesses reported a black Nissan pulled in front of a motorcyclist on southbound Road 26 and hit him.

Authorities said the Nissan was later spotted by witnesses at the Love's truck stop along Highway 99 and sped away from officers.

"It seems the suspect vehicle ended up running a stop sign while the sheriff's deputy was still continuing northbound on Road 27," said CHP Officer Justin Foraker.

The deputy was not injured.

The motorcyclist from the first crash was taken to the hospital with moderate injuries and is expected to recover.

Zarate was also taken to the hospital to be checked for driving under the influence. Officers found two open beers in the center console of the Nissan.