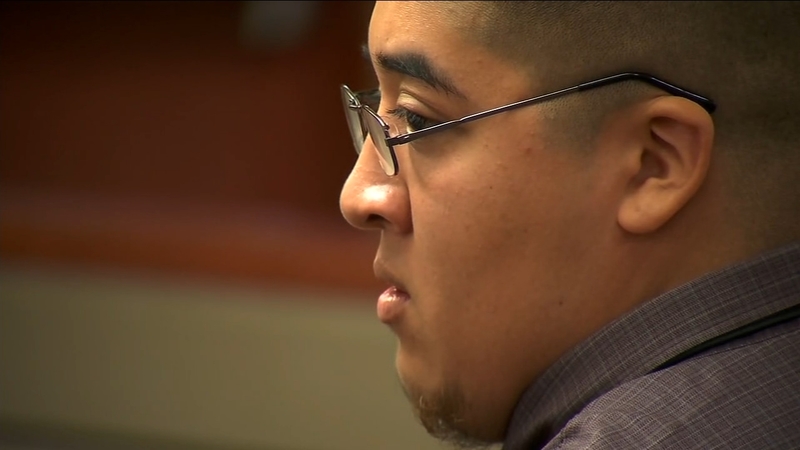 MERCED, Calif. (KFSN) -- "He treated my baby like she was an animal," these were the final words Shawan Bradford and her family said to Isaac Maldonado in court.

The Livingston man was taken into custody shortly after a judge sentenced him to six years in prison for hitting and killing three-year old Dayveonna Polk .

"We don't feel like justice was served at all , and all we can do is continue to pray," said Lana McDade, Polk's family member.

Maldonado was facing charges for killing Polk in 2017 while she and her family were walking along R Street.

He submitted an apology letter to the court, which prosecutors argue shows that he's not remorseful at all.

"When I read it, I read a lot of me...I, i...I was humiliated. the letter read as he was the victim in some way.. the only victim was Dayveonna," said Michael McAfee, prosecutor.

Defense attorney, Christopher Caine, claims that argument isn't true and read an excerpt of the letter to prove his point.

"Every day that passes, I contemplate about their burden, and what courses of action I could've done differently," said Caine.

Caine also says Maldonado and his wife lost 2 infants of their own in the past due to his wife prematurely giving birth at 24 weeks. When the collision occurred, Caine says his client was trying to get to the hospital because his wife was prematruley giving birth to their third child.

"He was very anxious about what could have been his child dying. He still doesn't say that excuses him, but it's a significant factor to where his mind was at the time," said Caine.

Shawan Bradford says while they may have some closure, they don't feel like they got justice for her three year old daughter.

"I feel he should've gotten more , I guess it is what it is. Im not happy with that at all," said Shawan Bradford, Polk's mom.