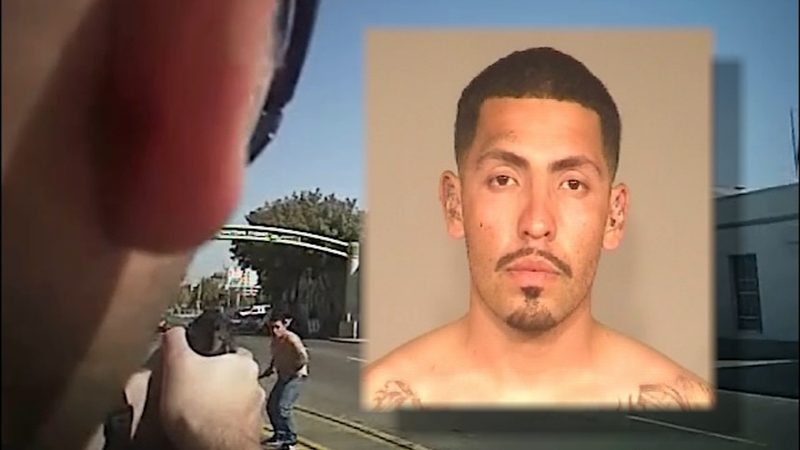 FRESNO, Calif. (KFSN) -- The man who Fresno Police say tried to stab eight people earlier this week with a large knife was far more subdued Thursday in court, shackled to a hospital bed.

Arturo Acosta said he didn't want to put off the arraignment, despite his attorney's repeated advice to wait.

"I have not had ample opportunity to have conversations with him about what plea he wishes to enter, nor am I confident that he is in the proper current mental state to make that decision," said Dominique Moshier, Acosta's attorney.

Eventually, at her client's request, she entered a not-guilty plea.

Body camera footage from police shows the violent scene - officers said Acosta was even stabbing himself.

His bail was set at more than $6 million, but deputy district attorney Andrew Janz asked Acosta be held without bail because of the violent series of attacks.

"He engaged with police officers, advanced on police officers with a knife. They were only able to take him down after using multiple non-lethal attempts," said Janz.

Acosta was on parole for robbery when police were called to Downtown Fresno earlier this week to reports of a man stabbing people. But even after officers got him under control, the prosecutor says he lashed out again.

"I was informed that he attacked one of the personnel at the hospital, so there's a charge related to that offense as well."

Before the hearing ended, Acosta asked for the restraints to be removed from his bed. But the judge didn't address that issue.