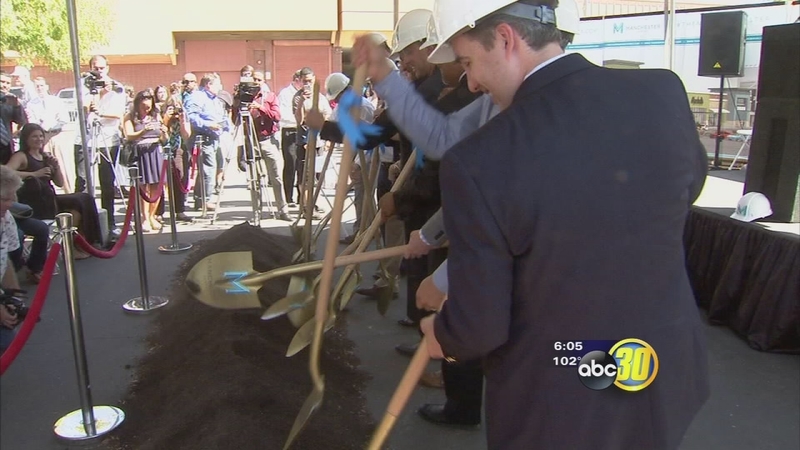 FRESNO, Calif. (KFSN) -- Monday afternoon marked a new beginning for the Manchester Center. After several years of planning, Omninet Capital and city leaders broke ground on a plan to bring new life to the shopping center that's been in Fresno for over six decades.

"Manchester is really a part of the fabric of the Fresno community. We don't want to just to be a retail place. Where people can come and shop. That's part of it," said Benjamin Nazarian, Omninet Capital.

The private investment group from Beverly Hills also plans to add several restaurants. Chipotle and Habit Burger have already made commitments to be a part of Manchester Center's new marketplace. In addition to national restaurants local restaurants like Greens Family Grill and Med Wraps Café plan to take part as well.

Manchester Center sits right on the corner of Shields and Blackstone Avenue in Central Fresno. Mayor Ashley Swearengin said that's the best spot to do business.

"It makes perfect sense that the spine of our city would be the focus of our revitalization efforts. Hundreds of thousands of people live just to the west and just to the east of this corridor."

Discussions are still going on with several possible retailers, that include Marshalls and Ross, to occupy the Blackstone corridor of Manchester Center.

City councilmember Clint Olivier is excited that businesses are moving south of Shaw Avenue and into his district.

"This is a sign that the tide has officially turned. Private investment is on its way, new retailers are on their way, and it is because of the visionaries we have with Omninet."