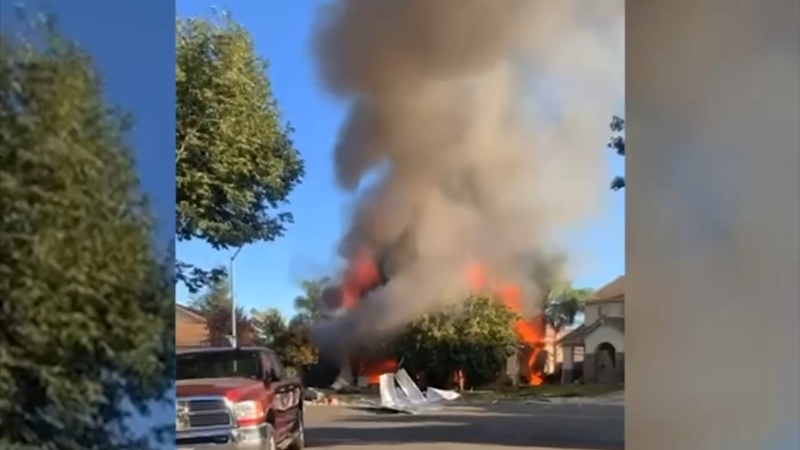 Crews responded to several 911 calls from a neighborhood near Colma Avenue and Wildcat Drive before 8:30 am.

Fire officials say faced several challenges while fighting the fire and had difficulty accessing the home due to downed walls and debris.

The explosion caused the garage door to fly onto the street. Video shared with Action News showed large flames consuming the house as a dark cloud of smoke billows into the air.

"I just took out my phone and recorded the fire. But then it started blowing up more, making more 'booms!' and I backed off," one witness told Action News.

Firefighters had to work to prevent the fire from spreading to others homes in the neighborhood. It took them about 45 minutes to contain the flames.

Bystanders helped treat a person who suffered burn injuries in the blaze until paramedics arrived. The victim was airlifted to a local hospital for treatment.

The house was completely destroyed. Five other homes were damaged.

Merced police are now investigating to determine who operated the honey oil lab.