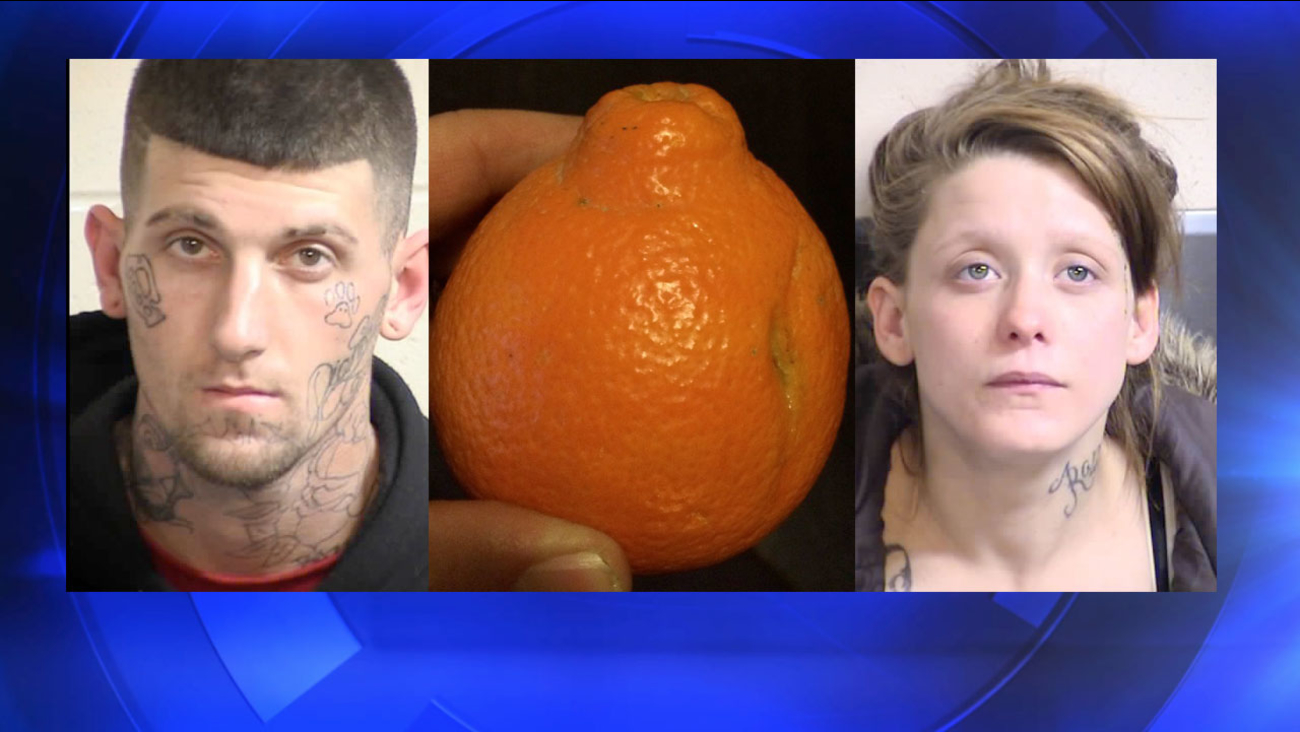 Early Tuesday, a deputy located an SUV near the intersection of Palm and Santa Fe Avenues in Central Fresno, that was believed to be used in a home burglary on January 7th. Police said the person inside the SUV was not one of the suspects -- but determined they often borrowed the vehicle to get around.

While searching the vehicle, detectives found tangelos, a unique citrus fruit, inside the SUV. Detectives said they also found tangelo peels on the floor of one of the burglarized homes.

The Sheriff's office said a detective saw the couple walking near Highway 99 and Olive later that day and stopped to talk to them. They say Kasper had a loaded gun on him and a key to a nearby hotel room.

When deputies searched the room, they found several items they say were stolen during recent burglaries at homes in North Fresno. Detectives are working to tie the couple other home burglaries.