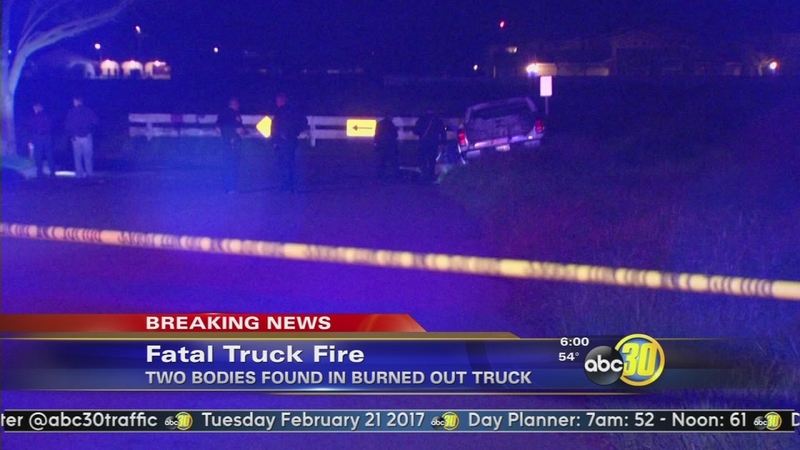 FRESNO, California (KFSN) -- The area has been taped off for several hours and police officers on scene say it was too early on in the investigation to identify the victims. They are also trying to figure out how the fire started.

The incident started just after 1 a.m. on Tuesday when the Fresno Fire Department responded to calls from neighbors of a truck fire in a field behind Brunswick and Griffith -- in the area of Brawley Avenue and Parkway Drive. Police detectives on scene said they were called out when firefighters discovered two bodies inside the truck.


"Once they found the two bodies inside, I believe it was called in and officers are going door to door trying to get any information we can about how this fire started," said Lt. Mark Hudson, Fresno Police Department.

So far the incident is not being investigated called a homicide, but homicide detectives are at the scene. Investigators are canvassing the area, even going door to door asking neighbors if they saw or heard anything. They say it will be a lengthy investigation but they have been able to meet with several witnesses. They're talking to them trying to figure out what happened.

Coroner and detectives are now on scene. @ABC30 pic.twitter.com/zqHs9vo0s1