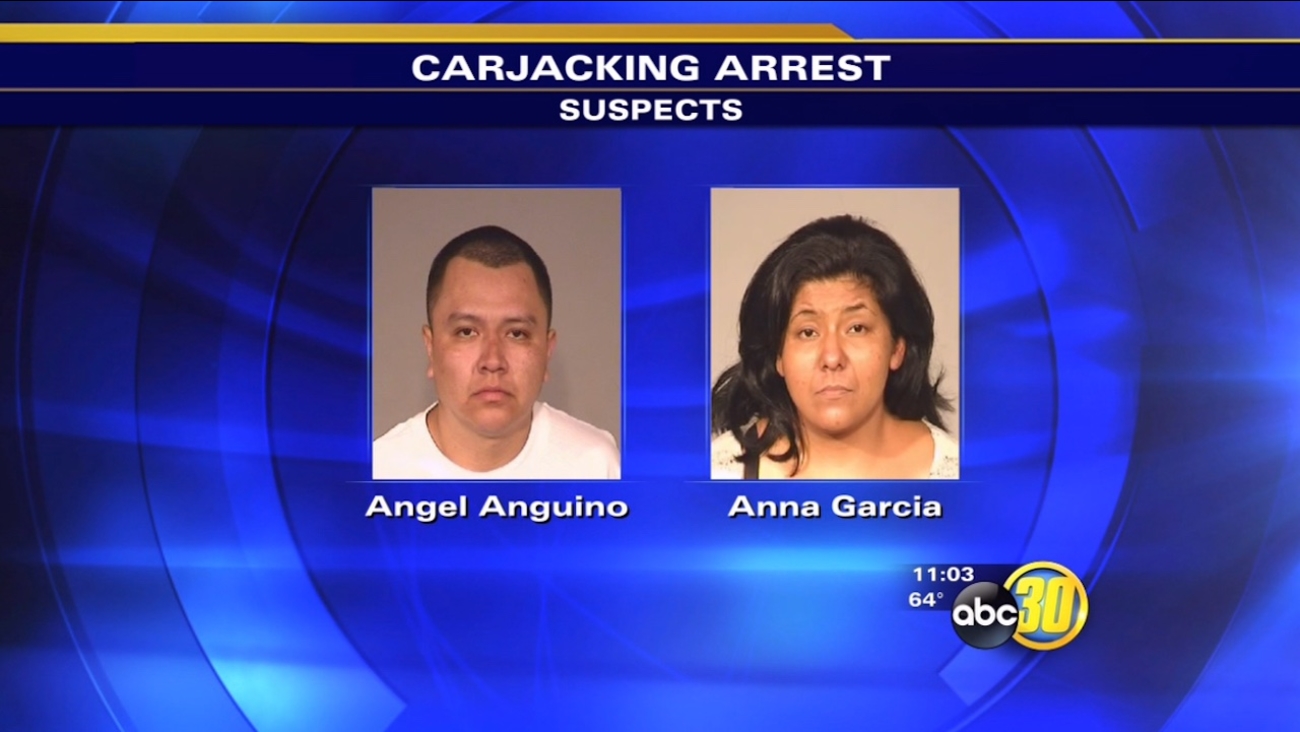 KFSN
FRESNO, Calif. (KFSN) -- Fresno police arrested two suspects in connection with an armed carjacking on Wednesday morning. They have been identified as Angel Anguino, 31, and Anna Garcia, 39.

Police say at about 2:30 a.m. they received a call about a carjacking in the Denny's parking lot near Abby and Divisadero streets in Central Fresno. The victim said he let the suspects use a cellphone, and that's when one of them pulled out a knife and demanded his car. A witness followed the car that the suspects took and told officers where it was going.

Officers followed the suspects on Highway 180 and then onto Highway 168, before they were able to make a traffic stop. They say it was apparent the driver had trouble driving stick shift. Anguiano, who police say is a self-admitted gang member, and Garcia were arrested on suspicion of armed carjacking and booked into the Fresno County Jail.