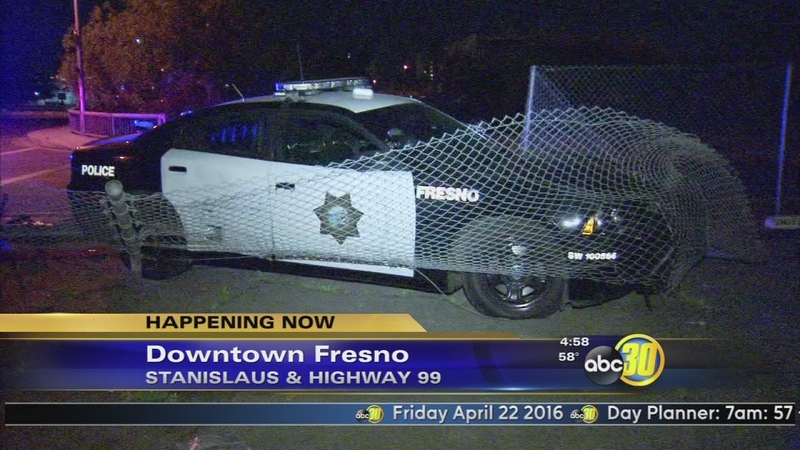 FRESNO, Calif. -- A Fresno Police Officer is recovering, after being involved in a crash early this morning.

The driver of the other car took a breathalyzer test on scene. He is expected to be arrested for suspicion of DUI.

The crash unfolded in Downtown Fresno around 2 a.m. on Friday. Police say the man driving a Chrysler struck the passenger side of the patrol car. The collision took off the front bumper of the Chrysler.