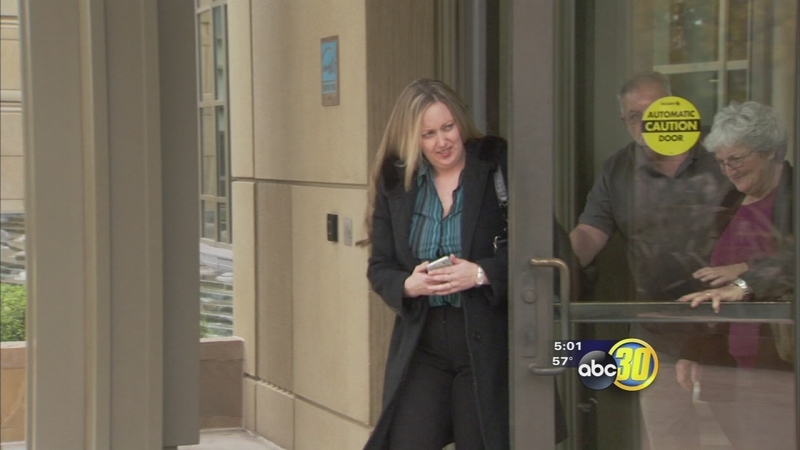 Jennifer Donabedian received the sentence for pleading to one felony count. She was spared prison time. Monday morning, her attorney said she is happy to move on with her life.

Donabedian's attorney told the judge she was partially blinded by love when getting caught up in this drug case. Because she has no prior criminal past and appears to a be a productive person, she was given probation by the judge. She could have received up to three years in prison.

Donabedian walked out of the federal courthouse with her parents and attorney behind her. She didn't want to comment about the case that thrust her and six others into the spotlight. Donabedian pleaded to a single felony count of "misprision of a felony."

"That type of case in federal court means that you had a duty or you failed to do the right things and not report a felony," legal analyst Ralph Torres said.

Donabedian's attorney told the judge she is a caring person who constantly helps others in need. He also told the judge from here on out, "she will live her life honestly and productively as a member of society."

Donabedian is the third defendant to plead in the case.

"She did let us know that she had minimal conduct with it but that's a lot of marijuana," Torres explained. "That was an enterprise, and when you do support that type of enterprise, I thought 12 months probation, that's significant. That's a significantly good deal."

Denny Foster is accused of selling 88 pounds of marijuana over a four-month period. He was also charged with being a felon in possession of a firearm and conspiring to distribute meth, cocaine and heroin. He and his uncle, Keith Foster have not reached any plea deal.